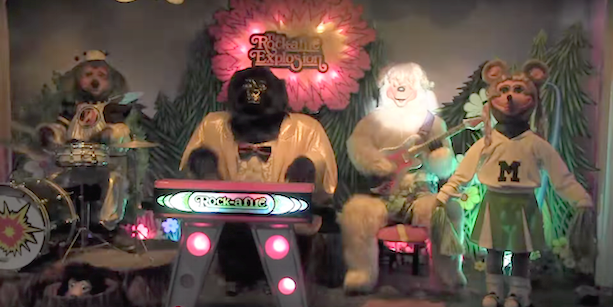 “I’m always on the lookout for new video ideas, and I thought the Rock-afire Explosion would be a fun subject matter,” says Smith. “To me, they lived right on the edge of the ‘uncanny valley’: where robots are created to look or act like humans, but still manage to fall short. In that margin of difference there is an unsettling feeling created for onlookers.”

“Our sessions with Graham were so fruitful that we emerged from the studio with what we felt were two sets of songs,” says the band’s Noah Fralick. “We decided that we wanted them all to be released. I think of Strange Light as an extension or companion piece to Interior Light.”

For nearly a decade, the power trio Young Rival have been making garage rock in Hamilton, Ontario. In addition to releasing a handful of videos, they have two albums under their collective belt (2010’s self-titled debut and 2012’s Stay Young).