Watch a new video from FIDLAR 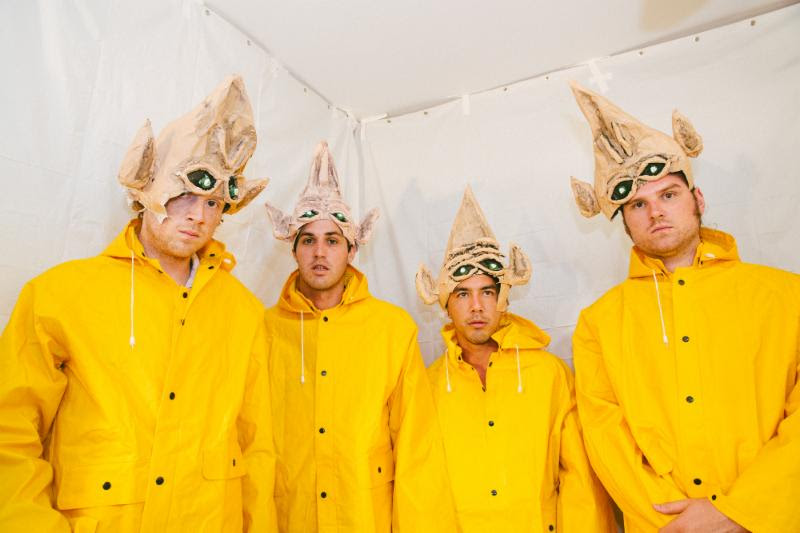 FIDLAR unleashes a new song and music video to the masses with their track “Drone”. Along with “40oz. On Repeat” and “West Coast”, “Drone” appears on the band’s forthcoming second album Too due out on September 4th on Mom+Pop. Produced by Jay Joyce, Too was recorded in Nashville over the span of just two weeks. It also marks the first time the band has worked with a producer.

The music video for “Drone” was directed by the band’s longtime collaborator Ryan Baxley and tells a campy sci-fi story about aliens chasing after a paranoid conspiracy theorist. The video was shot on Super 8 film and all of the props and costumes were homemade. In Baxley’s words, “it looks like it was done by a bunch of 12 year olds in 1979.” The “Drone” video is a prequel to FIDLAR’s music video for their song “Oh” from their very first EP.

FIDLAR will kick off an extensive headlining U.S. tour in Denver, CO on September 9th that wraps on Halloween for a two-night hometown stand at the Regent Theater. Tickets for all dates are on-sale now. See below for a complete list of upcoming dates.

FIDLAR is Zac Carper (guitars/vocals), Elvis Kuehn (guitars/vocals), Brandon Schwartzel (bass), and Max Kuehn (drums). Since formation, the band has toured the world and played with The Pixies, The Hives, Black Lips, OFF!, Jeff The Brotherhood, The Orwells, Wavves, The Delta Spirit, and more.