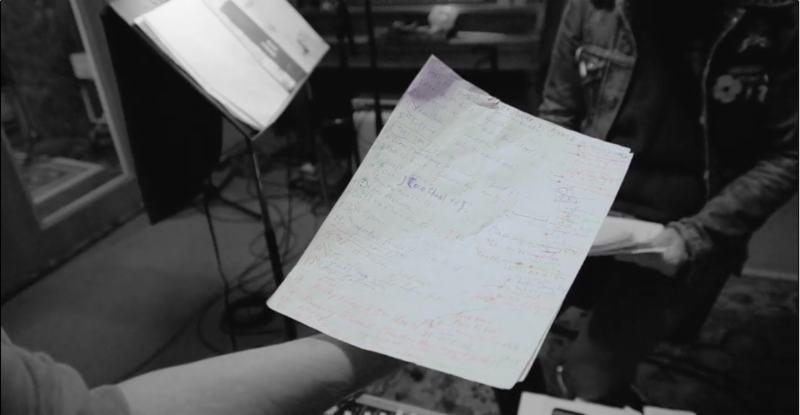 Before the release of The Tragically Hip’s Gord Downie’s new album, Introduce Yerself, tomorrow, Arts & Crafts has shared a video documenting the creation of the album’s closing song, “The North.” Directed by Jennifer Baichwal and Nicolas de Pencier, the clip is an intimate look at the creation of Downie’s staggeringly beautiful work coming together in the studio with producer Kevin Drew, Dave Hamelin and engineer Nyles Spencer at The Bathouse studio in Bath, Ontario.

“A lot of these I wrote the words in advance,” Downie said at the time of recording. “Like poems. I’d get one or two a day and then I’d have to stop. Because that’s about all… the soul or whatever, would give up. And then, so with music, it becomes pretty easy.”

Introduce Yerself will be released on CD and digital formats tomorrow, October 27. The vinyl will be in stores December 15 in a double gatefold jacket with two pull-out posters.