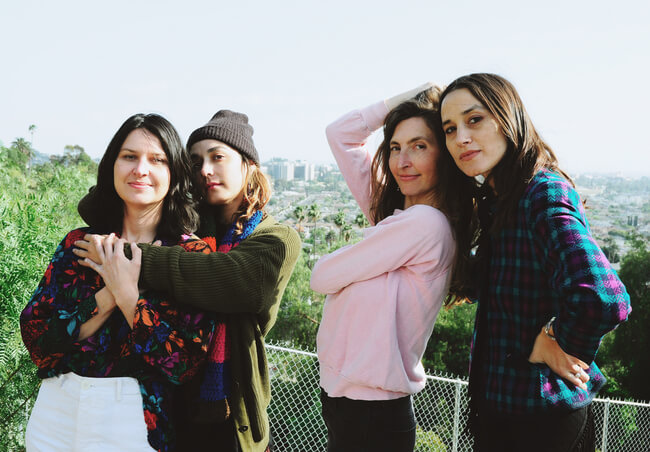 Los Angeles band Warpaint have shared a rework of their track “Champion” by Australian DJ and producer HAAi. The original track is off their first album in six years, Radiate Like This. The band is currently on the Radiate Like This tour, which picks back up in North America later this month following a run of European dates—see full routing below and purchase tickets here. Goldensuns and JennyLee will support on upcoming dates.

Physically separated by the pandemic in 2020, the band began work on what would turn out to be a wholly different Warpaint album. Each musician recorded her parts separately—often in makeshift home studios—before sending on to the next, creating songs layer by layer. Deciding to delay the release until they could tour allowed them to further hone each track, spending more time building and rebuilding than they had in the past. The result is a body of work that is sharper and more focused than their previous projects but still captures what has always been the magic of Warpaint—the delicate interplay of four separate parts coalescing in motion. Warpaint is Emily Kokal (guitar, vocals), Jenny Lee Lindberg (bass, vocals), Stella Mozgawa (drums, vocals) and Theresa Wayman (guitar, vocals). Radiate Like This follows their debut EP Exquisite Corpse, 2010’s The Fool, 2014’s Warpaint and 2016’s Heads Up.