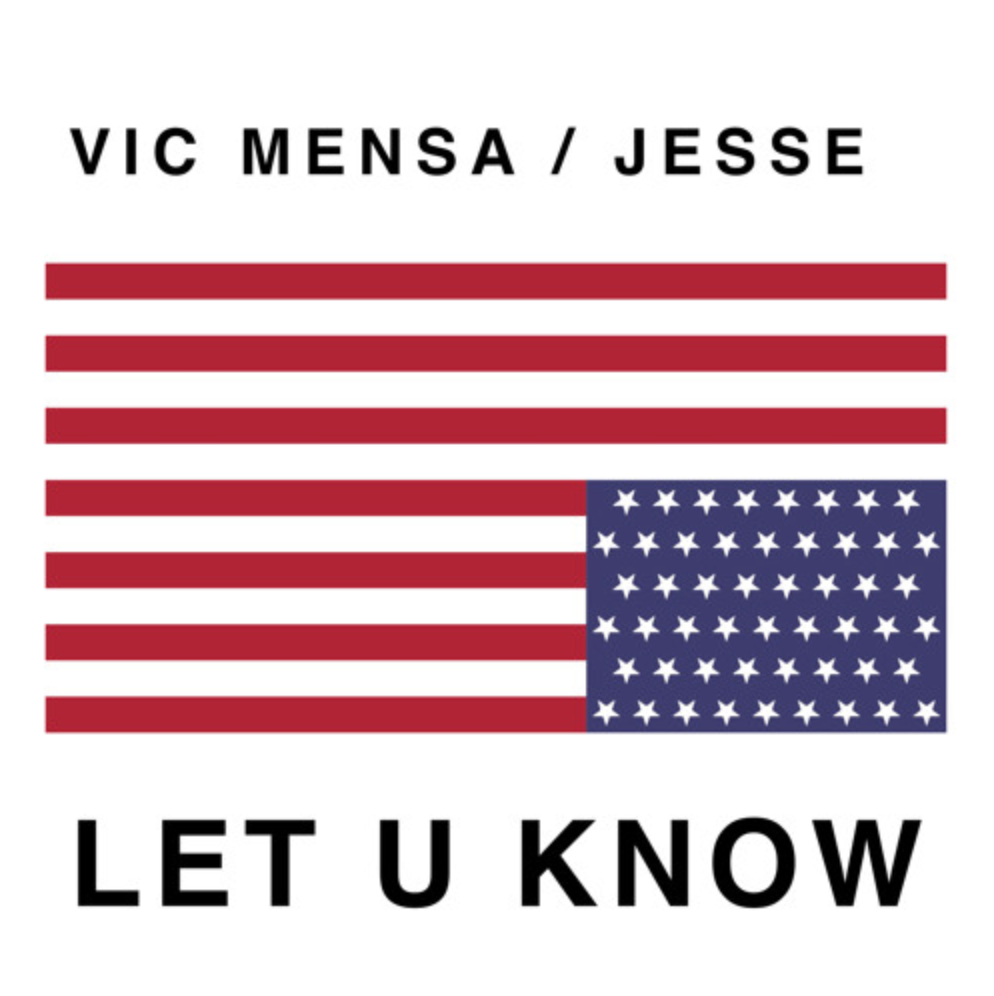 Vic Mensa & Jesse (Rutherford, of The Neighbourhood) have just shared “Let U Know,” a collaborative single launched ahead of their co-headlining Heads & Tails tour. The full US run kicks off August 22 in Pomona, find tickets here (full dates and more info below): https://vmensa.me/httour

For the tour Vic will be performing music by 93PUNX, his new outlet that taps into with his early rock influences via an anthemic and singular fusion of alternative rock, rap, and punk. Debut single “Camp America” addressed the fundamental racism of ICE’s family separation policy by portraying white kids in detention centres conditions, leading the Guardian to call it “the most political music video of the year” (and led the landlord for Vic’s non profit SAVEMONEYSAVELIFE to void their lease). Follow up video “3 Years Sober” was no less controversial, replete with shots of Vic in a confederate flag dress playing tug of war with Mike Pence over birth control.