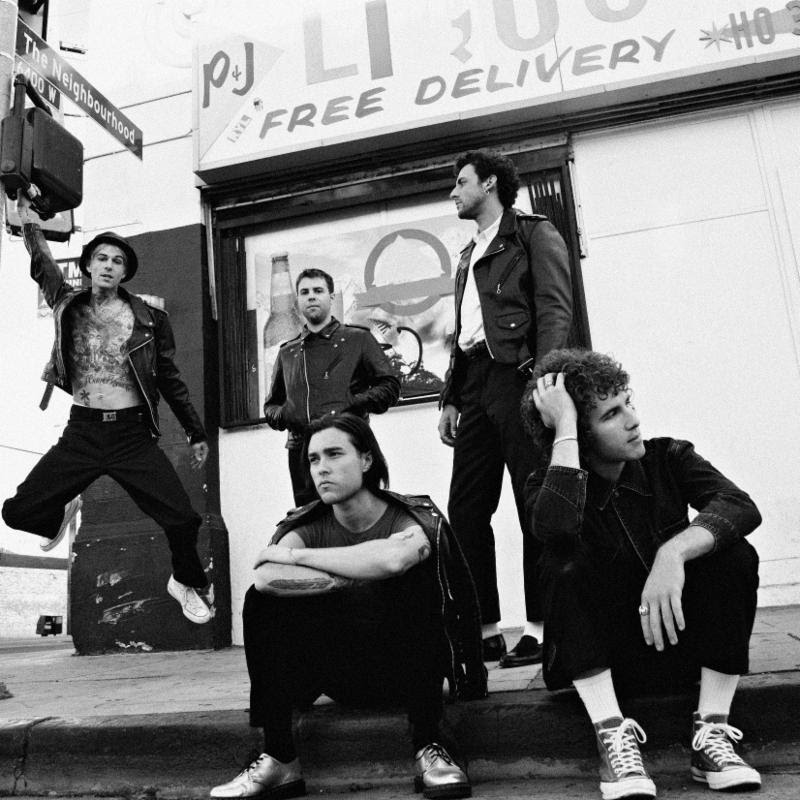 Today, The Neighbourhood is back to announce their eponymous third album. The Neighbourhood will arrive March 9th via Columbia Records on the heels of their recent EPs “HARD” and to imagine (which arrived in September 2017 and January of this year, respectively). To coincide with the announcement the band is sharing new song “Void.” The Neighbourhood is available for pre-order now with instant gratification downloads for singles ‘Void,’ ‘Scary Love,’ ‘Sadderdaze,’ ‘You Get Me So High’ and ‘Stuck with Me.’

In April The Neighbourhood will set out on a headlining North American tour that will see the band play 15 shows across the continent with HEALTH, including both weekends of Coachella, with more dates to be announced soon. On February 20th, the band will perform “Scary Love” on The Late Late Show with James Corden.