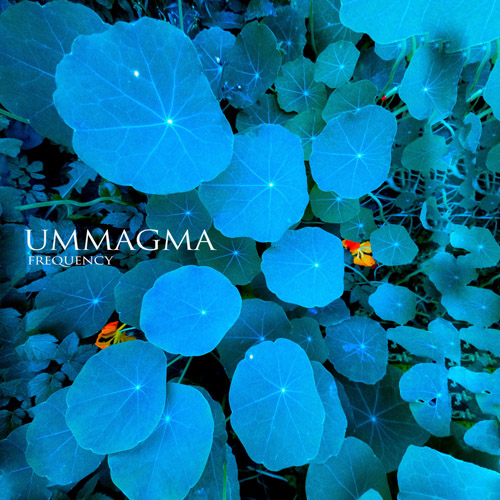 The Canadian-Ukrainian duo Ummagma has been making waves around the world with their delectable dreampop music, which incorporates alt-pop, ambient, post-rock, electronic, and shoegaze genres into a cohesive overarching sound. Shauna McLarnon, who is from Canada’s Yukon Territory, and Alexx Kretov, who hails from Western Ukraine, first met in Moscow in 2003, where they have been featured in Rolling Stone Russia and picked up a Russian Indie Award through their recent collaboration with Moscow’s Sounds of Sputnik.

Shauna and Alexx’s mutual love of and involvement in music brought them together and their connection blossomed into a romance that led to marriage. They decided to combine their individual talents and form Ummagma as an expression of their life together as it unfolded over time. Shauna and Alexx had settled in Ukraine for several years and represented this country in Amazing Radio’s famous Alternative Eurovision in 2013, taking the victory. More recently, military and political conflicts in that area spurred them to move to Canada and start a new chapter in their lives.

Ummagma’s first two EPs, ‘Ummagma’ and ‘Antigravity’, were released simultaneously in 2012, while living in Ukraine. Since then, that country has become somewhat war-torn. In contrast, Shauna and Alexx are readying to release their latest EP, ‘Frequency’, on November 13th via UK label Raphalite Records from the calm of their new Canadian home. In a lovely view of art mirroring life, the EP’s lead single, ‘Orion’, radiantly bathes in a sweet, mood-elevating atmosphere of perkily bubbling, buoyant electro-notes, and occasional sprinkles of starry chime, subdued acoustic guitar strum, and poignantly wavering strings.

Shauna’s vocals serenely float over this gentle percolation as she murmurs lightly, but reflectively “I’m not going home / This is where I’ll stay / With you… / In our space.” Her words, while spare, are deeply personal and detail her new-found love with Alexx after first getting together in Moscow.

As Shauna explains, “This is a song about finding a place of bliss or refuge with that one other person who can make all the world around you suddenly disappear. Many people know this feeling, even if they have only experienced it for brief moments. I found that with Alexx…”

As the song continues, Alexx briefly adds his hushed, velvety voice to the mix, twinning soothingly with Shauna on the ending lyrics “Whenever we drift away…” Delicately lilting acoustic guitar lines rise near the conclusion, carrying the harmonious feeling away on a mellifluous, flowing wave.

Shauna discloses that “…at the time we wrote “Orion”, our relationship was all new and shiny and we found the depth of the universe in each other… I just loved that space with him – our space. At times, it literally felt like I was high on something, and I often felt so much closer to the wider cosmos out there, like I had been blessed by the stars or something. I truly wish this feeling on everybody”. Shauna and Alexx have found each other, and their wondrous space, and they publicly celebrate it, heart and soul, on the dreamily drifting and uplifting “Orion”.

Ummagma’s ‘Frequency’ comes out on Friday, November 13, but you can already pre-order it via Bandcamp at http://ummagma.bandcamp.com. Alongside a handful of original tunes, the EP also features remixes from several luminaries in the dreampop and synthpop scene, including Cocteau Twins legend Robin Guthrie, Wales’ celebrated Lights That Change, and Malcolm Holmes of Orchestral Manouevres in the Dark (OMD).