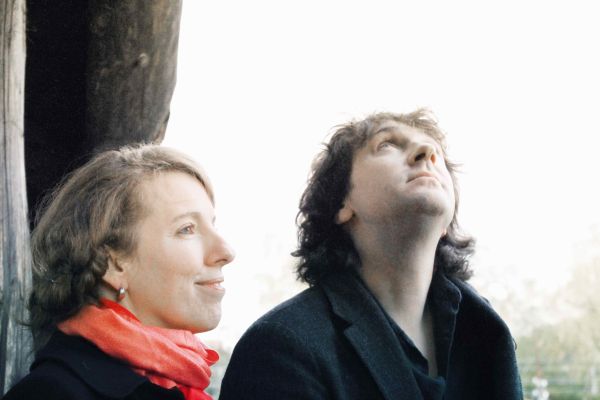 Who says that you shouldn’t meet your heroes? Dream-pop duo Ummagma did just that and the result is a captivating remix that also acts as the lead single for their forthcoming LCD EP, which arrives September 22nd via Somewherecold Records (CD) and Label Obscura (cassette).

After Robin Guthrie heard Ummagma’s track “Lama”, which originally appeared on the band’s debut album Antigravity, mutual friends put the band and the Cocteau Twins multi-instrumentalist in touch. The result is a brand new version of the song, which sees Guthrie not only re-arrange and re-mix the song, but also add his own guitar parts to the creation.

“Lama” exists in a dreamy dimension of ambient drifts and sonic textures that wash over in gentle waves and then recede back into a sonorous, vespertine world of fading vapor trails. This is a sound that Guthrie helped to pioneer and evolve throughout the ‘80s and which still informs much of his work.

As a calling card for the 4-track EP to follow, the Robin Guthrie Mix of “Lama” is a perfect aural snapshot that captures Ummagma’s core sound of ethereal, atmospheric sonic and vocal sculptures and ambient, dream-pop heart.