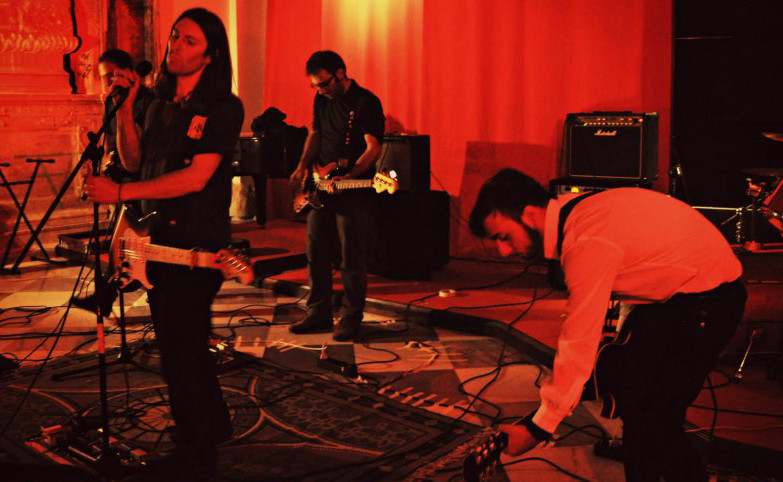 Italy’s Stella Diana have shred some of the details for the UK release of their EP Alhena, which will be available through British-Canadian label Raphalite Records in November. The album was mixed and mastered by Marc Joy of Lights That Change and Alexander Kretov of Ummagma.

recently two new releases came out from 4AD/Creation-styled UK indie label Raphalite Records ~ the Ummagma Frequency EP and Lights That Change ‘Starlight’. Today comes another release from Italian alt-shoegaze-postpunk band Stella Diana. “Shohet” is the first single from the Alhena EP, their debut release with Raphalite Records, which consists of five tracks, including a cover of Kula Shaker’s “Govinda”.

Stella Diana come from Naples, which is clearly best known for pizza, antiquities and opera than modern forms of music like shoegaze, post-punk or new wave. The band possess not only the spirit of late 80s/early 90s British bands like Catherine Wheel and Ride, but also the dark wave seeds of Joy Division and the stylistic underpinnings of new wave artists like Psychedelic Furs and The Chameleons, all of whom number among the band’s influences. Others include Pale Saints, Lush, The Stone Roses, Codeine, Christian Death, and Talk Talk.

In 2014, Stella Diana released ’41 61 93′, finally achieving a synthesis of distorted guitars and dilated sounds. After working exclusively with Spanish and Italian labels, their track featured on the compilation ‘REVOLUTION – The Shoegaze Revival’, touted by Creation Records’ Joe Foster as an unprecedented collection of the best new wave of shoegaze bands, and released on UK label Raphalite Records and Indonesian label Gerpfast Kolektif. Brazil’s TBTCI Records also commissioned them to play “Leave Them All Behind” for a Ride Tribute album and they also participated in the Slowdive tribute ‘Souvlaki Reheated’ (Seashell Records).