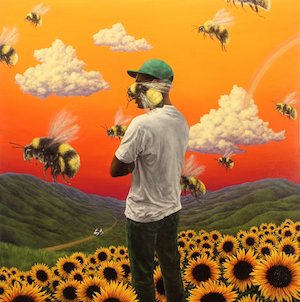 Always a little controversial, Tyler the Creator has seemed to calm down a little in recent years, while his music has seemed to take off more than ever. Recruiting some of the best names in R&B for an album that pulls from the genre’s glory days, Tyler may have put together his finest record in a decade. Always himself, Tyler lets the song take focus, and lets his supporting cast take the lead for an album that soars on the power of good writing.

On the dreamy chords of “Foreword” Tyler emulates a bit of Mac Demarco on his lo-fi bliss. The backing vocals really elevate the trippy sound of the track, making it one of Tyler’s most classy tracks to date. Starting and stopping every few moments, “Where This Flower Blooms” has a slick sophistication to its layered sound. The underlying piano drives the track while the extra flourishes throughout really lift the tone of the track. On a retro glide “Sometimes…” provides a suave interlude on the basis of a radio call.

“See You Again” takes a cute mix of xylophone and strings as the delightful vocals of Kali Uchis make the track turn into cream. Tyler makes such a lovely love song, it’s hard to imagine he’s been holding it back for so long. On the frantic opening instrumentation of “Who Dat Boy” there’s a dangerous overtone to Tyler’s character as he plays both a victim and villain on the scary track. Moving to a much more laidback tone, “Pothole” goes into some classic hip hop sounds, that while very predictable is kept enticing by the mix of Tyler and Jaden Smith’s vocals.

On even more reverb-laden twang, “Garden Shed” takes a drawn out lean at a sultry track. With Estelle’s delicious vocals, like sweets to the ear, the song flows like hip hop/jazz with hints of rock in its climactic finale. Fitting the mood of the album perfectly, “Boredom” provides some pounding drums, that cut through elegantly. The multiple hooks that dance throughout this one make for a track that grows on you more with each listen. Bringing a sample of “Introduction” back to its exotic roots (more likely recognized from “Groove is in The Heart”), “I Ain’t Got Time!” goes extremely dark and mysterious. His creepy production and self-deprecating lyrics make for a weird yet addictive track.

“911 / Mr. Lonely” has a cutely retro feel made all the more smooth thanks to the vocal styles of Frank Ocean and Steve Lacy. The old-school sounding bass and synths come together, along with Tyler’s more biting verses for a wonderful contrast. With Lil Wayne for the most stereotypical rap track of the album, “Droppin’ Seeds” feels right tonally in the album, but just doesn’t stand up next to the rest of the tracks. “November” stands out thanks to some unique vocal attack and even more interesting samples of other people’s Novembers.

The glistening bells and squeaking synths of “Glitter” make for a wonderfully ugly instrumentation that makes Tyler’s vicious verse-spitting something to marvel at. The euphoric choruses have a light skip to their energy, making the track a lighthearted break. Bringing in Pharrell for one last hurrah, “Enjoy Right Now, Today” isn’t some throwaway closer. While not as classic pop as you’d expect from the hit-maker, his sugary vocals let the track glide in its sunset of a finisher. 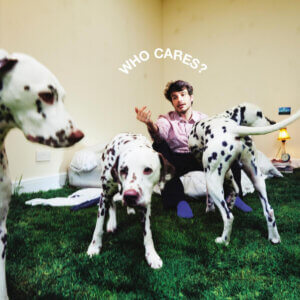