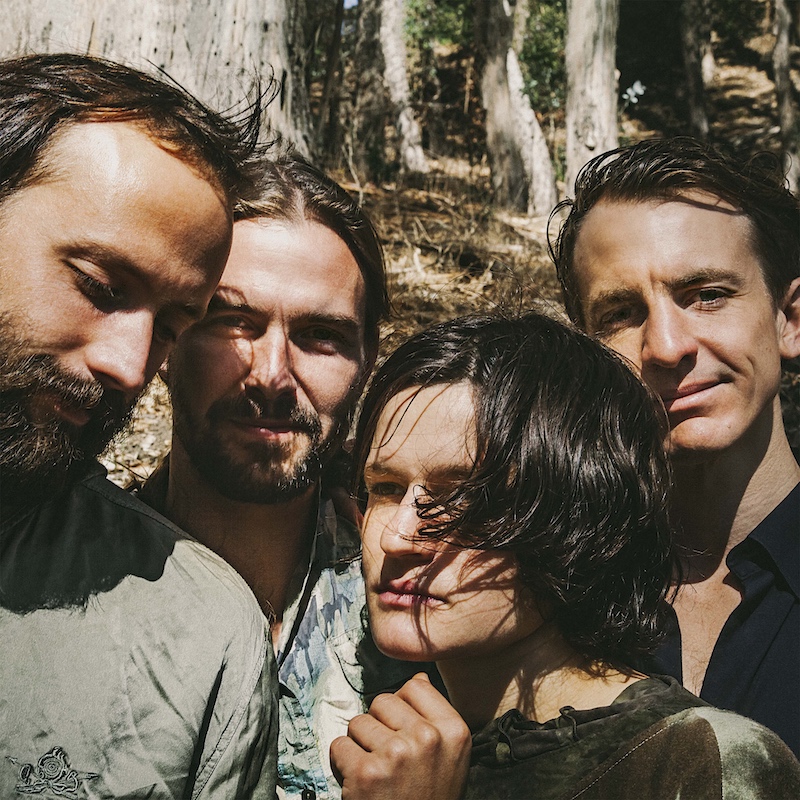 There are few bands around now that are as prolific as Brooklyn based Big Thief. The stellar four piece just released their last album U.F.O.F and are already set to unveil that albums sister record, Two Hands. The band had just finished the recording session for U.F.O.F at a barn in remote Washington State when they all packed up and headed to the Southwestern US, about 30 miles from El Paso, to begin work on Two Hands. The dichotomy of recording in two disparate environments is fully on display between the two works. While U.F.O.F has been regarded for its lushness, Two Hands is stark. This wasn’t an accident. Big Thief, made up of Adrianne Lenker, Buck Meek, Max Oleartchik and James Krivchenia, always envisioned these two pieces as sister records and the places they choose to record them were to amplify their inherent differences. Although the albums do contrast between their production styles, they are both definitely the works of a singular band. One that brings beauty and, maybe most importantly, an honesty to whatever they do.

Album opener “Rock and Sing” highlights the stark production of Two Hands. Everything is so upfront and immediate. This goes especially with Lenker’s vocals. The singer has this wonderful way of having a fragility to her melodies but one that she seems fully in control of. Meek’s bobbing guitar compliments Lenker’s singing so beautifully making the song come across like a gorgeous forgotten lullaby from your youth. “Forgotten Eyes” kicks off with Krivchenia’s solid drum work, so closely mic’d that you almost feel like your are in the room with the band. Big Thief actually said when they set up to record Two Hands they positioned themselves as closely as possible to each other and that tactic has surely paid off. The song, about how we often pass by people on the street that need our help is earnest yet not at all cloying, a trademark of the bands work. When Lenker sings, “the poison is killing them/and then so am I/as I turn away” it’s a strong statement on how ineffectual we’ve become to other people’s problems. It’s all summed up so nicely when she sings “Everybody needs someone and deserves protection”. It’s a simple and lovely statement that hits right in your heart.

The majority of the album was recorded live off the floor with only a couple songs that needed vocal overdubs so what is captured here is kind of the best of both worlds between Big Thief’s studio work and live performance. Some of the songs including “The Toy”, “Those Girls” “Shoulders”, “Not” and “Cut My Hair” have been live staples of the band over the years and because they have been playing them for some time the confidence matched with the records intimacy truly hits hard. In fact, it was a stroke of genius to follow up their last recording session and come right into this next one as it captures the band at their peak level of comfort with each other and their instruments and at the top of their musical game.

Big Thief have crafted a beautiful, intimate and striking album in Two Hands. It’s amazing that this is their second record in under a year and between the two albums the band has put out, within months of each other, neither feels lesser than the other. The differences in feel only add to highlight just how good of a unit Big Thief is. Even though it will be nice for the band to take these songs out on the road and let them evolve in that way, the fact that they were able to pull off recording two such gorgeous albums back to back makes the listener hope that it isn’t too long until they do it all again.

Two Hands by Big Thief comes out on October 11th, via 4AD