“Turn Away The Bad Thing” Ceremony 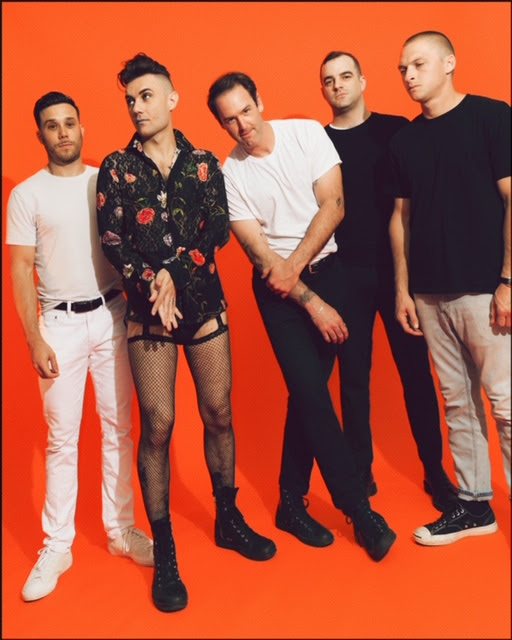 Produced by Will Yip (Title Fight, Circa Survive, Turnover) and mixed by engineer Ben Greenberg (The Men, Pharmakon, Hank Wood And The Hammerheads), Ceremony’s forthcoming release In the Spirit World balances Yip’s pop sensibilities with Greenberg’s noise-punk influence through dramatic, shining synthesizer hooks and a mature vocal strategy. Drummer Jake Casarotti and bassist Justin Davis power through the 11-tracks as a strong yet sparse backbone that interlocks with guitarists Andy Nelson and Anzaldo to create a pop-centric, post-punk canvas for frontman Ross Farrar to expel the most vulnerable parts of himself. Farrar, who has been studying and teaching at the Syracuse University MFA Poetry Program for the past three years. In the Spirit World, is the band’s debut album for Relapse Records, after releasing their previous four albums for Matador Records.

“I’ve been very interested in will, as in a person’s faculty of consciousness and how we navigate actions and self-control,” Farrar says. “I’ve been worried for a long time that my lack of self-control will inevitably destroy me, so any paranoia on that matter is focused on this record.”

“We knew this had to be the best thing we have ever done. We couldn’t come back after four years with a record that only had a few good songs… Not reflecting on the evolution of the band is what keeps us motivated. There is always a song we haven’t written, a band we haven’t played with, artwork we haven’t thought of. We are creators by nature, not by choice,” Anzaldo admits.

Ceremony have also announced LA and SF record release shows and are touring now down the west coast with Sheer Mag. Check below for a full list of upcoming dates.