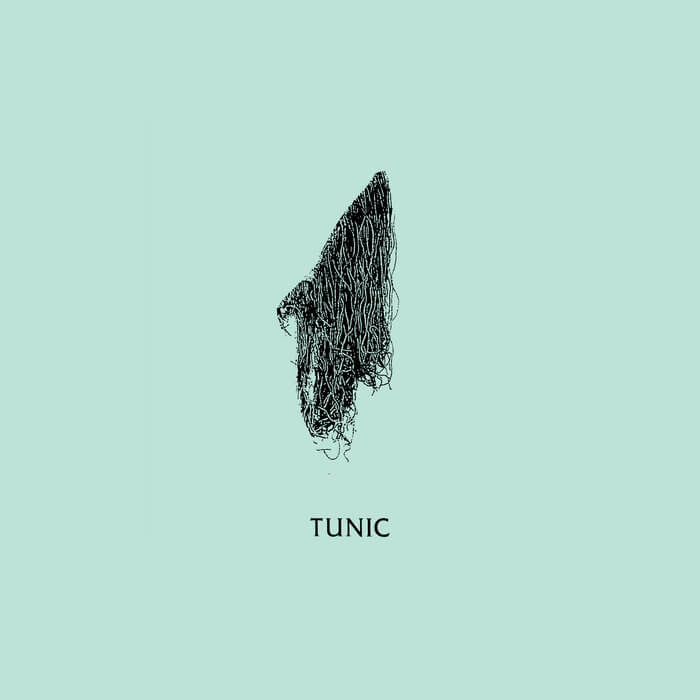 It is easy, sometimes, to get lost in it the psychology of a press release—we all love a good story, after all—but it’s interesting to re-contextualize these top dog-minded lyrics Tunic guitarist/vocalist David Schellenberg howls on the aptly-titled “Boss” once you learn that the musician founded his current noise-rock trio in the face of artistic adversity, apparently after being told he “wasn’t good enough” to take part in a different band.

“Boss,” perhaps, is an ear-bleeding example of manifest destiny, with Schellenberg having now seized control of the sonics. Either way, it’s a powerful track, and reason enough for the Winnipeg artist to thumb his nose at the act that shafted him. Tunic, which also features bassist Rory Ellis and drummer Dan Unger, certainly have the chops to melt our faces off right proper. Then again, at a hefty 23 tracks long, the band’s new Exhaling mega-release suggests that the trio might’ve overextended themselves.

Exhaling is a curious collection, technically stacking a set of 11 new tunes atop the previously-released, 12-song Complexion LP from 2019. It’s economical, sure, but downing all 50 bruising minutes at once is a task. Here’s the cruel kicker: there aren’t any clear stinkers you could easily excise. Getting King Solomon to separate the old from the new doesn’t really fix Tunic’s conundrum, either.

The good news is that, pretty much across the board, there’s plenty to like about Tunic’s tightly-wound aggro experiments. The nervous tension is palpable on stormers like “Invalid,” with blurs of discordant high guitar work fracturing against the steel girder-solid rhythm section of Ellis and Unger; “Will Know” slightly ups the band’s frantic pace, with Schellenberg pushing his generally frustrated bark into more of a primal scream.

Contemporarily, there are parallels to be drawn between Tunic and Toronto’s METZ— and, to a lesser extent, the more straight-forward moments from KEN mode. The differences can be subtle, such as how Schellenberg’s vocals land just a touch burlier than METZ vocalist Alex Edkins’ fuzz-blown sneer. In terms of blunt force impact, Tunic have the same kind of edge as METZ, though arguably not the latter outfit’s underlying pop tendencies. Exhaling’s “Disappointment” almost gets there, pushing an earworm spiral of guitar—however defiantly discordant—deep into the psyche. Lyrically it’s less inviting; impenetrable, really. A freestanding monument to anxiety and self-loathing hinging around Schellenberg’s inference that he is “a constant disappointment.” But, like countless artists before him, working through those negative emotions can potentially purge the pain. “I need that catharsis of screaming about these things over and over again,” the singer explained in a statement. “These are all things that have unfolded in my life and I use Tunic as a coping mechanism.”

Other highlights include the jerky chromatic twitch of “Hesitant Gesture” and the decelerated upending of “Radius.” The back half of the compendium has some hits, too, like the watery, chorus pedal submersion of “Eye Contact,” but truthfully it all blends the further it goes along. Brief reprieves like “Sand,” a distortion layering tone poem, and the groovier, Jesus Lizard-esque waltzing of “Evan” come few and far between Tunic’s generally pummeled approach. Again, it’s not that there is anything functionally wrong with Exhaling, it’s just that its 50 minutes of unflinching, static brutality can be exhausting. It’s entirely too much of a good thing.

From a business standpoint, gluing Complexion to Exhaling’s newest offerings is a canny move. Tunic got to shoot their shot again, this time to Artoffact’s larger audience. The ball has now left Tunic’s collective mitts; what we’re experiencing here is a long exhale. 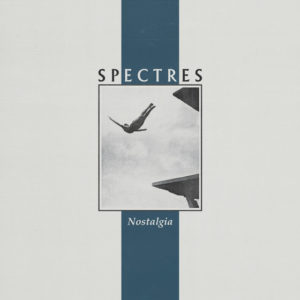