The album artwork was created by graphic design duo Førtifem, known for their covers, posters, and merch for artists such as Emperor, Slipknot, Rammstein, and Carpenter Brut.

Kælan Mikla was founded in 2013 as part of a poetry contest hosted by the Reykjavik Library. In 2015, the song “Kalt” was released and attracted attention abroad. From there, the band steadily ascended, releasing three LPs (all available via Artoffact Records) and touring heavily with the likes of King Dude and Drab Majesty and as headliners in their own right. Kælan Mikla was hand-picked by avid fan Robert Smith of The Cure, to play The Cure’s 40th anniversary show, and has slain audiences at festivals such as Iceland Airwaves, Pasadena Daydream, and Roadburn. In 2018, the band’s third album, Nótt eftir nótt, won Album of the Year at the prestigious Kraumur Awards in Iceland. 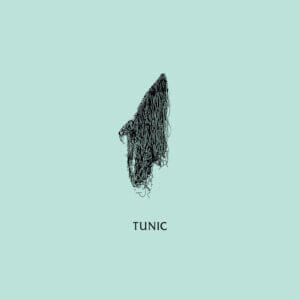