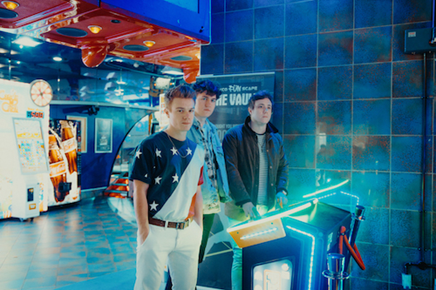 Tors have returned with their single ‘We Say No’ off the upcoming EP ‘Wilder Days’. The song follows their UK tour with Tom Walker at the end of 2017. The band have a busy year ahead of them, they are scheduled to play The Great Escape, as well as a number of U.K festivals this summer; they are sure to turn heads and prick ears in 2018.

“’We Say No’ is about depression and overcoming what can feel like a tidal wave of anxiety; the idea that there is worth and light in the struggle itself. As a band we’ve been knocked back enough times that building ourselves back up turns into it’s own little art form, it’s like breathing, you have to get deflated to let the air in again.”

Matt and Theo; two brothers that make up two thirds of Tors, started out their musical careers writing tracks featuring in critically acclaimed Channel 4 Drama – Skins. Alongside Tors, Matt writes music for multiple big-time Japanese and Korean pop bands, and has also written chart hits in Italy and Poland. In addition, he’s written a song that is currently being supported by Radio 1 – ‘Better’ by Declan J Donovan.

Tors are named after a collection of different rock formations in Devon, where Matt and Theo Weedon (frontmen of Tors) hail from. The brothers, who started the band together, are grandsons of the late Bert Weedon, a famous guitarist during the 50’s and 60’s, and writer of Play In A Day; a book which has been credited by Eric Clapton, Paul McCartney, John Lennon (to name a few), for their guitar abilities. 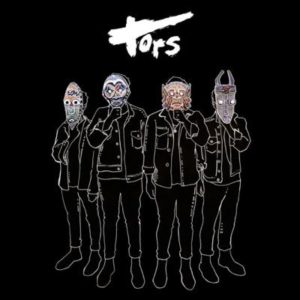