“Thunder In The City” by Future Generations 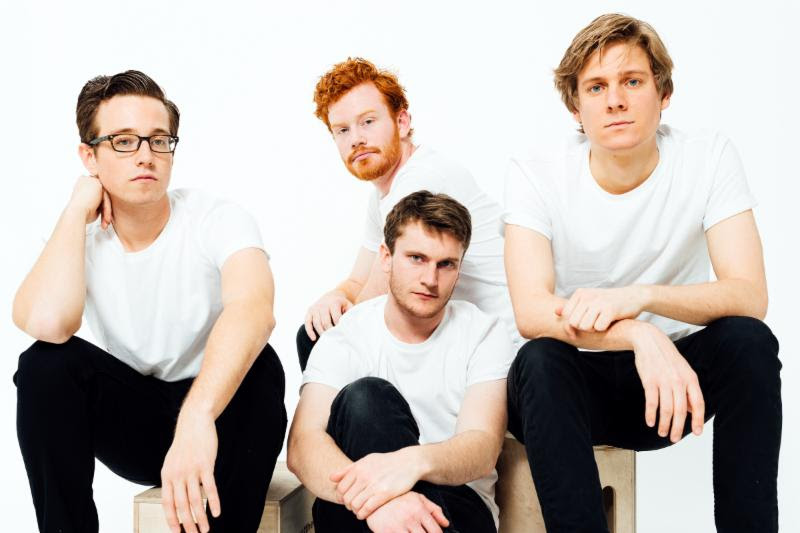 Future Generations will be releasing their self-titled debut album on Friday, July 29th via Frenchkiss Records. The band’s Eddie Gore told the magazine, “This album has been at least 3 years in the making and we are extremely excited to finally be releasing it out to the world. We’ve grown so much through this process and I have to say that is probably the biggest theme through the whole thing: Growth.” The band recently shared the lead-track “Thunder In The City”.

Future Generations is Eddie Gore, Mike Sansevere and Eric Grossman – who first met in the dorms of Fordham University – and fellow Fordham graduate Devon Sheridan. As luck would have it their college housing came with a built-in practice room and a piano in the foyer that encouraged artistic collaboration. The three quickly bonded over a shared interest: a nerd-like, academic appreciation of all forms of pop music.

“When we first all met, we were in that practice room. And we actually recorded something when we were down there for the first time,” recalls Eddie. “So, our first recording was when we first met. We recorded onto Mike’s MPC; We made a little song and then later he emailed it to us. From then on we kept emailing back and forth. Right then we decided we should be a band.”

Barely months into their first semester at college, the trio was sneaking in recording sessions between writing essays and reading assignments. Their dorm rooms morphed into mini-studios: Logic and Ableton replaced Microsoft Word and Excel on the foreground of their computer screens.

With school in the rearview mirror, Future Generations spent the first months of post-grad life in a Brooklyn studio, finishing the eponymous debut. It flaunts dangerously catchy hooks and ambitiously large scope for a band that wrote and recorded most of its tunes in the cramped confines of college dormitories and email chains.

On the eve of their debut’s release Future Generations will be playing a record release show at NYC’s Mercury Lounge (July 29). In addition, they are playing the following dates this summer with more to be announced: