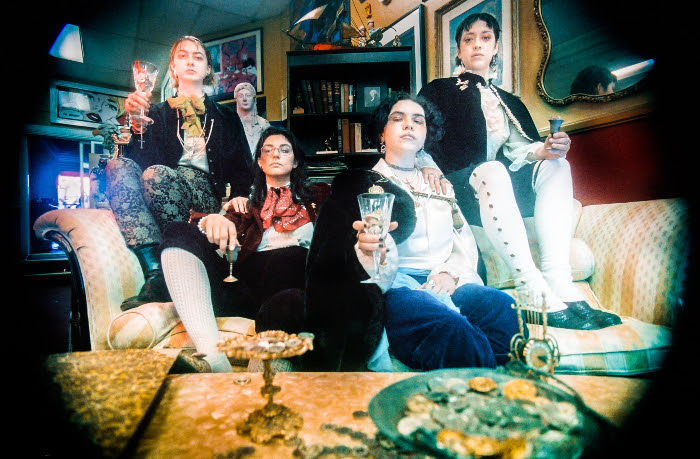 Girl Friday, release debut full-length Androgynous Mary on August 21st. Ahead of the album’s arrival they have single “This Is Not the Indie Rock I Signed Up For.”

Of the song, Girl Friday say:

“The song was born out of a years and years long mental crisis in which daily life felt like being twisted around in an endless carousel spinning at 100mph. In the moments of wicked darkness and what felt like hell, real love and community was presented to us on a plate — ready to be eaten. We are extremely grateful to have received that. Sometimes, you are too stuck to see what’s in front of you. Sometimes, you don’t understand it. And sometimes, when you do take hold of it, it’s the biggest and most powerful feeling in the world. To feel held. To feel like even if you fall to the ground, someone will be there to wipe your face, to sew up the holes in your pants, to pick you up again. Now, community is the most important thing we have. We have to stand up for our neighbors, invest in them, step outside of ourselves, listen to other people’s pain, and figure out the best way we can be an accurate picture of what love means. And Do Not Forget, we need total police + prison abolition.”

The seeds of the band were first planted when guitarist Vera Ellen walked into a friend’s house at UCLA and saw Libby Hsieh playing bass on the couch. Drawn by her unique playing style, Ellen introduced herself, and the two musicians immediately bonded. After a year of playing together, they decided to grow their collaboration into a full band. Drummer Virginia Pettis and guitarist Sierra Scott caught wind of the project from friends of friends, and quickly jumped on board. The fledgling group’s chemistry was undeniable; writing and playing together felt generative and thrilling.