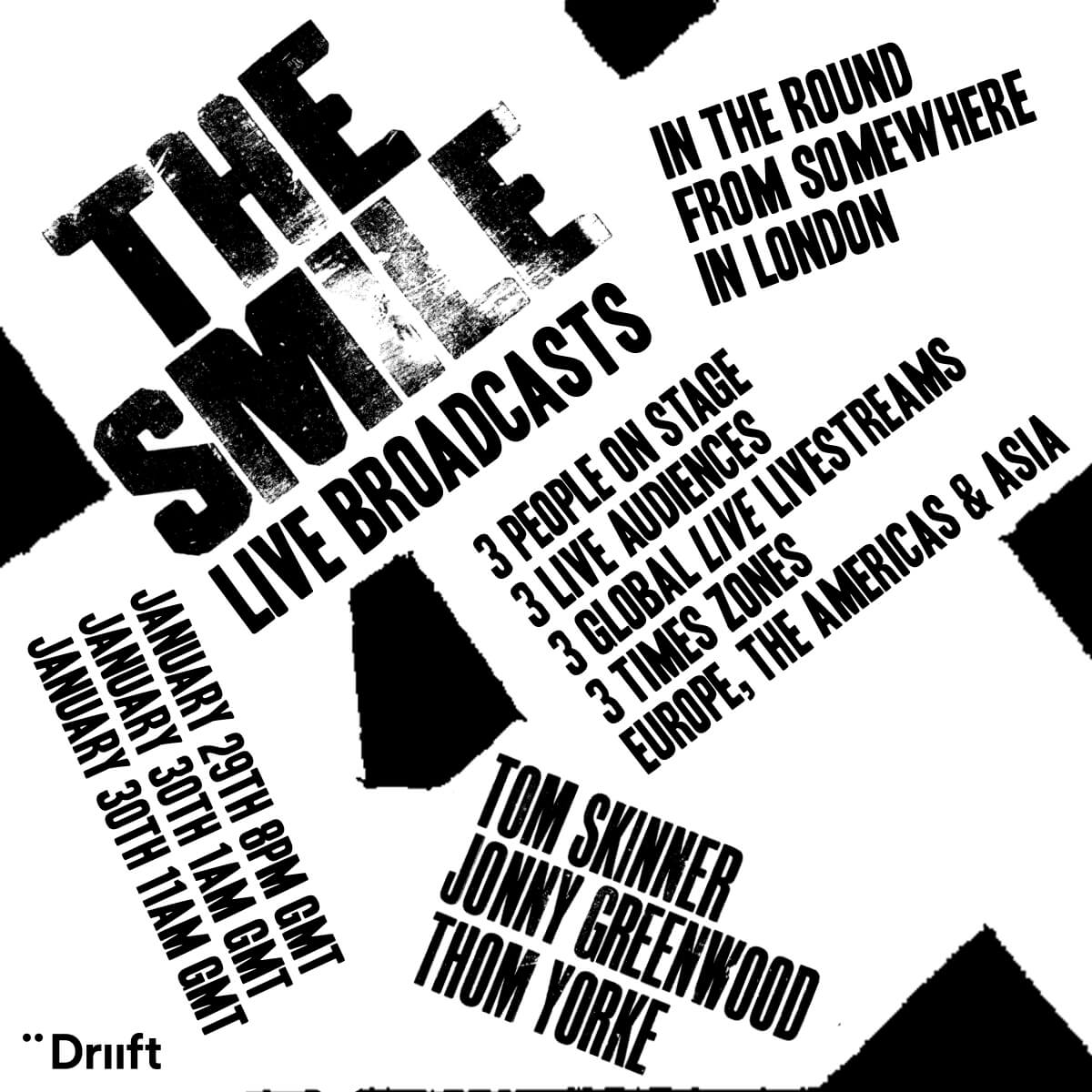 The Smile, which includes Radiohead’s Thom Yorke and Jonny Greenwood and Sons Of Kemet’s Tom Skinner have shared new single "The Smoke"
Share on TwitterShare on PinterestShare on PocketShare on RedditShare on FacebookShare on Email

The Smile, is the new trio, which includes Radiohead’s Thom Yorke and Jonny Greenwood and Sons Of Kemet’s Tom Skinner. Today, the band have shared their second single “The Smoke,” along with a lyric video, created by the BAFTA-winning writer and director Mark Jenkin. “The Smoke” is the follow up to the band’s debut single “You Will Never Work In Television Again.”

The Smile will play three consecutive live shows across sixteen hours and three time zones at Magazine London this weekend, on the 29 and 30 January. Performing in the round to a sold out, seated audience, the three shows will be simultaneously broadcast in real time, via livestream to a global audience.

Due to the overwhelming demand for in person tickets to the gigs, the band recently launched a worldwide ticket ballot, offering a pair of tickets for every country in the world across the three shows. Those limited tickets are now sold out but for more information on streaming tickets to the band’s, debut live shows. Showcasing The Smile’s unreleased material, the livestream is directed by the award- winning Paul Dugdale and produced by Driift. As well as being able to join a show from home, the gigs will be also be streaming at participating independent venues and cinemas across UK, Europe and USA, via Rippla. Further information here.

All three Broadcasts will also be available to ticketholders as unlimited on-demand replays for 48 hours from 2pm GMT Sunday 30 January. The Smile’s brand-new single The Smoke is out now and the band will be releasing further new music in the coming months.