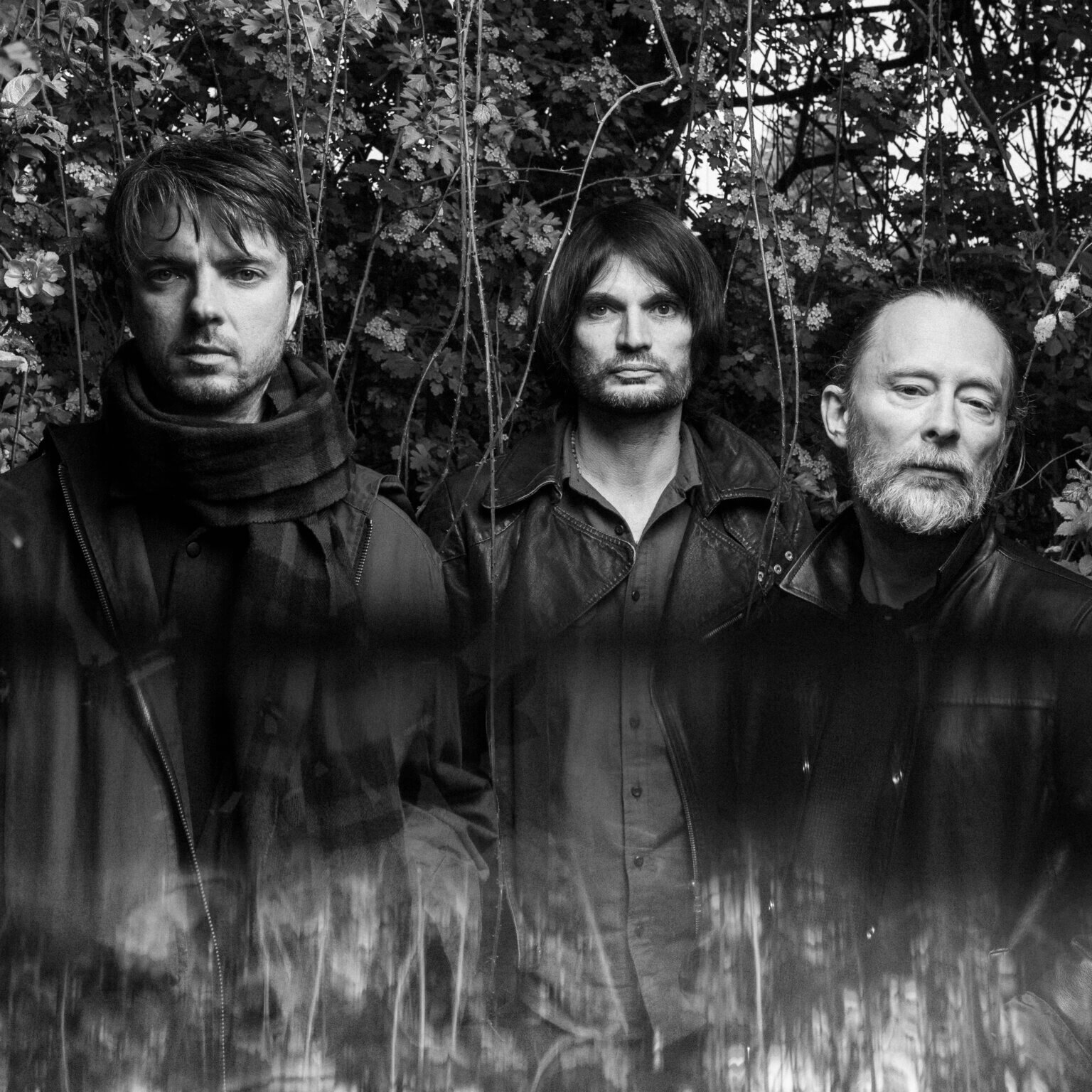 Thom Yorke, Jonny Greenwood and Tom Skinner AKA: The Smile photo by Alex Lake
Share on TwitterShare on PinterestShare on PocketShare on RedditShare on FacebookShare on Email

The Smile, includes Radiohead’s Thom Yorke and Jonny Greenwood and Sons Of Kemet’s Tom Skinner, have today revealed their debut single “You Will Never Work In Television Again.”

The track, which is available now accompanied by a lyric video (dir. Duncan Loudon) was first heard in the band’s secret show as part of last year’s Glastonbury event Live At Worthy Farm. It is the first official release from The Smile, produced by Nigel Godrich.

The Smile will play three consecutive live shows within a twenty-four hour period at Magazine London on the 29 and 30 January. Performing to a seated audience in the round, the three shows will also be broadcast in real time via livestream.
The performances bring together a live show, a livestream and a cinematic film, captured by award-winning director, Paul Dugdale (The Rolling Stones, Adele, Paul McCartney) and produced by Driift.

For those not attending in person, anyone can join the show via livestream from anywhere in the world, at the hour most suited to them. The show times are as follows:

All three Broadcasts will also be available to ticketholders as unlimited on-demand
replays for 48 hours from 2pm GMT Sunday 30 January.

Sign up for pre-sale tickets by joining the mailing list at: www.thesmiletheband.com Physical and livestream tickets are available on general sale from 7th January at 9am GMT via Driift