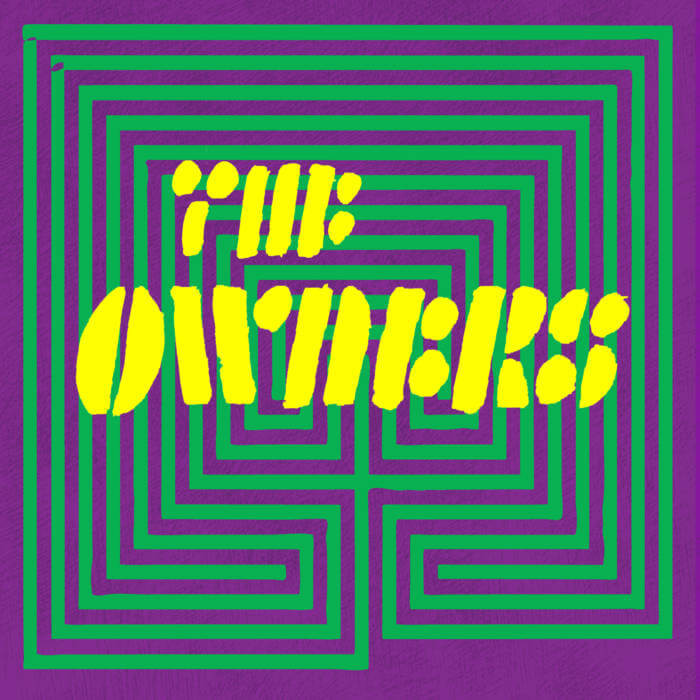 Made up of DC punk scene stalwarts, The Owners are the epitome of a rambunctious gang of revellers that live and breathe the essence of rock ‘n’ roll. The foursome are made up of members from Ex-Hex, The Shirks, Gray Matter, Iron Cross and The Problematics, and formed for a one-off show for the Black Cat’s 27 th Anniversary webcast during the pandemic’s peak. Having lit the spark playing the Washington venue’s online gig, the foursome decided to plough their efforts into The Owners and all that energy has spawned their self-titled debut LP.

The Owners are made up of Catherine and Dante Fernando (vocals and drums respectively), while Laura Harris can be found on bass duties and Alec Budd is the group’s nimble fingered guitarist. The quartet’s eponymous first offering is steeped in a rock and punk lineage that also boasts touchpoints related to bubble-gum pop and garage rock.

‘The Owners’ is a record that weaves its way through topics that pivot on the personal and the socio-political, whilst been propelled along by a vintage punk ‘n’ roll vigour. ‘Ride’ kicks off the record at full-throttle with a chugging guitar line and a meaty set of drum beats. Catherine Fernando can be heard ringing the alarms of rebellion and the need to shake off the shackles of oppression “I need to blur the lines/break the cage I’m in.” ‘In This Together’s taut Blondie-esque new wave is a call to arms and a song framed around dusting yourself off and getting on with things when shit gets tough “all these years can be a heavy burden/their weight just wears your body down/but we have built them into such an empire/from here we hardly see the ground.” Despite ‘Letting You Go’s gauzy quiet/loud dynamics and its provocative shimmy, it’s a track of introspection that’s wrapped around the theme of something coming to an end “can’t shake the fear that it won’t ever be the same.”

When not reflecting on the personal, ‘The Owners’ turns it gaze outwards and reflects on the world around it with a palpable snarl. ‘Wrecked The World’ is the four-piece careering along at a reckless pace as they reflect on the very real crisis of how we’re ravaging the planet. Catherine roars with frustration “a government that gave a shit would be fantastic”, while also playfully stating “it’s not too late to stick your head in the sand”, as if to mimic those that look the other way as we edge closer to oblivion. A disparaging tale of gentrification fuels the mid-paced rumble of ‘Low Rent Paradise’ as Catherine utters “miss/my/freak/scene” while also stating “DIY for discount price/didn’t last long but we rolled the dice” with a tongue-in-cheek tinged despair aimed at an artistic neighbourhood that’s been overrun by Starbucks and upscale apartments. ‘Good Ol’ Boys’ convulses with a pop-punk chug while Catherine casts her eye over modern politics as she spits out “last gasp of the bully boy right/time to learn there’s more than one way to fight” with a vehement attitude.

While The Owners haven’t reinvented the wheel, they’ve injected some much needed energy into rock ‘n’ roll’s penchant of rebelliousness and activism.

The Owners · Wrecked The World

pre-order The Owners by the Owners HERE