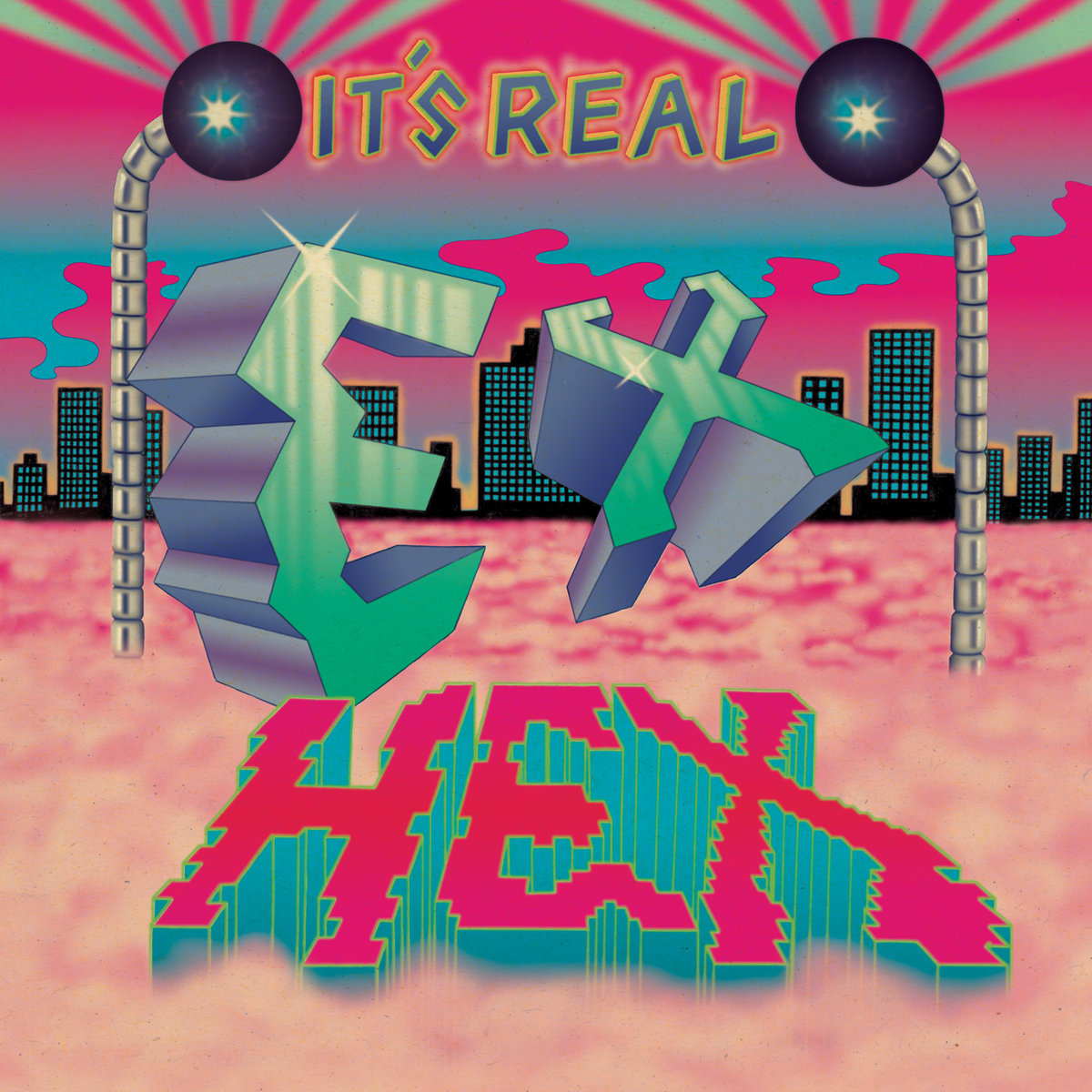 The last time we heard Ex Hex, their sound was everything great about glam and hard rock, with the pop sensibilities of The Cars. While this core feeling is definitely still there, Ex Hex have a bit of trouble keeping their writing consistently fresh this time around. Despite some of these all too familiar moments, when Ex Hex shines on this record, you’ll just want to get up and dance.

With grimy licks and heavenly harmonies, Ex Hex repeatedly knock out fun songs with that same “Chrystal sound” they talk about in their music. It’s their fun and a rather self-aware approach to the derivative nature of their material that can turn a song like “Tough Enough” into a track you wish had been out for decades. This is a bit of a double-edged sword however, as the overt rock of “Rainbow Shiner” feels more like a novelty than a charming take on an era of rock. Luckily Ex Hex brings out a much darker story underneath this to show they’re always firing on some side of their music.

So much of their music captures a great mix of tonal colour and satisfying releases within the music itself. This kind of feeling happens in dozens of ways throughout the rotation of “Medley” as you feel like Ex Hex are placing you in the middle of their writing process. Though they end up keeping a song like “Good Times” a little lop-sided in terms of pay-off, they’re focused but varied writing keeps “Medley” interesting right up to the next hard-switch. In fact it’s their upbeat charm and a more playful production approach that gets them back on the right track with “Diamond Drive.” Whether it’s the addictive party rock tones or many of Mary Timony’s glossy vocal dives, they really hone in on all their strengths much better here.

Even still, it feels like Ex Hex meandered much less on their previous record, and felt like they were carving their own path rather than bringing old pop into the 21st century. This feeling leaves tracks like “No Reflection” from having a truly unique voice and rarely even oozes fun in a kind of retro way. Thankfully there’s a lot more detailed and involved guitar work to match the intricate vocal layering on “Another Dimension.”

Ex Hex fairs much better in a busy and frantic mood, as many of the faster songs on the album seem to suggest. “Cosmic Cave” for one lets their riffs cut through with power, while every little chorus piece makes the whole song a lot more uplifting and emotional. Like a great Ramones track, this song really hits with the right fury and old school pop finesse. Though they’re not totally free from some of the fallbacks of this record, they finish pretty powerfully on the whole. As quickly as you can start drawing comparisons to “Outro” listening to “Talk To Me,” Ex Hex begin to mutate their track into this colourful amalgamation of all their pop sensibilities. They even do so in a way that seemingly winks at fans who notice some of the through lines in their writing.