The Lemon Twigs Are Wise Beyond Their Years 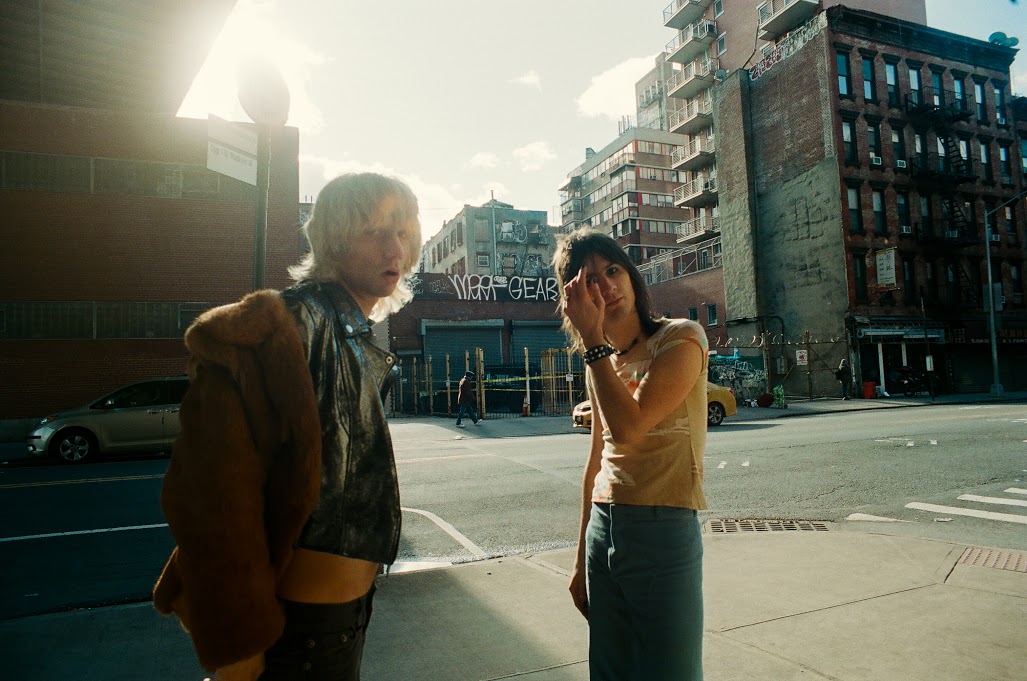 Most bands don’t unveil their “rock opera” until the complementary bloats of massive success and hubris have really set in, but the Lemon Twigs were sufficiently bursting with ideas, ambition and all-around chops upon delivery that it didn’t come as much of a surprise when they dropped their own on us a mere two albums into the catalogue with 2018’s audacious Go to School.

Where do you go after you’ve penned an entire musical about a teenage chimpanzee raised by human parents having trouble fitting in at his new school, then? If you’re the musically hyperactive sibling duo of Brian and Michael D’Addario, you channel those outsized energies into making your own reverent version of the ultimate ’70s pop record.

Songs for the General Public is, as advertised, the most direct and listener-friendly offering yet from these oddball Long Island theatre kids. Pathologically complicated and shot through with a knowing sense of the ridiculous, yes, but veritably oozing harmonious soft-pop goodness that sticks to your brain like molasses once you’ve made sense of the clutter. And while sorting through that sonic clutter and playing spot the influence whilst the Lemon Twigs coyly (and often simultaneously) reference such lofty forebears as ELO, Queen, Meat Loaf, Elton John, Lou Reed, Billy Joel, Mott the Hoople and, of course, band favourite Todd Rundgren – who graciously agreed to play the chimp’s father on Go to School – is a large part of the fun, the D’Addarios are starting to sound like nothing quite so much as themselves. Lest we forget, Michael and Brian were just 15 and 17, respectively, when their debut album, Do Hollywood, came out in 2016; they’re allowed some time to find their own distinct voice.

Originally slated for a May 1 release but held back due to the onset of the COVID-19 pandemic, Songs for the General Public finally arrives on Aug. 21 via 4AD and, as the brothers tell it, the delay wasn’t the worst thing that could have happened. They simply tossed out a live record from the Go to School tour, The Lemon Twigs LIVE, via Bandcamp on April 29 to sate demand – benefiting Coalition for the Homeless in the process – and went back to tinkering with Songs’ crisp, dry and detail-oriented production to make it even more perfect.

Northern Transmissions:  I feel like the Lemon Twigs kinda reached the pinnacle of conceptual strangeness with the last album so was there another grand, overarching plan for the new record – a structure or a thematic
thrust you had in mind? What was the departure point for this one?

BD: Well, basically to just not have a concept. We knew that the last one was sort of an unusual one for us but it just happened in such a natural way and we figured we could commit to the concept and it felt like it was going in that direction. But we were writing songs all the while that we knew had no business on that record and maybe, like, one or two of them ended up on this one. The process for it kind of began at that point. We always had this album in mind, in some way, but it just came together bit by bit.

MD: The conceptual thing, I just can’t believe I ever even tried to do that because my mind is so scattered I can’t focus like that, on one thing like that. I’d rather just record and then let it take its own form.

NT: Did anything catapult Songs for the General Public in a particular direction, then?

BD: We have songs written for other records and a lot of how this album came together was just picking the songs that felt like they were one direction. The last record was united by a concept and then this one was united musically and then I felt, after it was done, lyrically it was as well, although that was more of an accident. But we have songs together for a very mellow, acoustic, more sort of folky record and I have a lot of songs together for a way more “American Songbook”-inspired record. Michael has a lot of heavy stuff together for something that he doesn’t know when or if will come out but it’s pretty much done, too. And then I have a lot electronic, synth-y stuff. We have these things mapped out but they’re all really subject to a lot of change. But we like to at least have a full record of something that doesn’t feel like it’s a different band from track to track.

NT: Well, your shared musical vocabulary is demonstrably broad. Was it just a matter of honing in one of many possible Lemon Twigs “things” to make the new album happen?

MD: It was kind of a matter of honing in on a particular thing. But, at the same time, I’ve always felt like we have so many ideas and directions that we could go in and more and more I’m finding that I don’t really like working that way. Deciding what to do seems really too methodical. I like to just lean into whatever is really, really natural that’s coming out and not try to manoeuvre myself in any different ways – just do whatever is the strongest thing that I feel like I’ve gotta do. Do that and do it full-throttle and not really think about the other stuff. Because that’s what it always feels like: we’re always thinking about what the next thing is going to be. And I’m starting to think that’s not really the way to do it …Your mind kind of splits. It just feels like now the only way I can do anything is by completely committing myself to it. We always have, like, 10 different things going on and 10 different ideas for our future records and I so don’t want even want to have that in my head anymore.

NT: Everything you two do together sounds super-meticulous. Are you actually as meticulous with the recordings as they come across?

BD: On the last one, it was more a process of, like, “Keep working until the whole thing is done.” This one, we’d work on it for a few weeks or a few months and then we’d figure “Okay, the record is pretty much done” and then we’d decide that it wasn’t and keep working on it some more, which we didn’t really do on the last one. We got more meticulous as we went in the process of this record. The last record had an aspect that was supposed to be more vibe-y and loose and the mistakes were kind of part of the aesthetic, but that really wasn’t meant to be part of this album. This album was definitely supposed to be more slick and perfect.

MD: We’re always making stuff but I get bogged down by not being able to achieve the sounds I want to achieve with the equipment. If I can’t just do it then I get easily deterred because I really like watching TV just as much as I like recording.

NT: I know people harp on a “These guys shoulda been from the ’70s” narrative, but to my mind the Lemon Twigs simply gravitate to a very way of organizing sounds that kinda stands outside of time, if you get what I’m saying.

BD: Yeah. The way I view it is there’s a melodic tradition to a certain corner of rock music that’s very natural for us and it just feels sort of like what we’re supposed to do. There are a lot of different variations to it and a lot of ways to produce it, but melodically and chordally, it is our style, y’know? And you’ll probably see it in everything that we do. I look at is as kind of similar to Bob Dylan or Leonard Cohen or even up to Elliott Smith – they all have different styles but they look to and use styles that have been around for a long time, that aren’t just something that’s a “scene” around their time.

NT: So there were no great obsessions driving the new album this way or that?

BD: Just the great lyricists. Lou Reed, Leonard Cohen. Those are just people who we’ve always loved in lyrics. Cat Stevens for me, too. That was a huge one.

MD: Not really. You said we have a broad musical vocabulary and we do have a musical vocabulary that’s broad so we can pull from things when we want to do specific things. I compulsively listen to music and I compulsively watch things and that’s kind of how I function and, in that way, I can take things and pull things and not know why I’m gravitating to that thing and if I analyze it I can find out where it came from. But I’d rather just not find out where it came from.

NT: It’s certainly a strange moment in history to be releasing a record. What’s the plan of attack now that the prospect of putting a band together for a tour still seems a little far off?

MD: I just kinda go with the flow, y’know?

BD: Yeah, it is weird. It’s kinda strange. Nobody wants to put a tour together before it’s definitely safe. So that’s all held off until next year – hopefully – but it does give us a little time to think about videos and the way we’re going to promote each song. We can pay a little bit more attention to the aesthetic that we put out. If at this point we were preparing for a tour, we’d be saying “Just put the song out.” But now we can think about it and put, like, a stupid skydiving video together.

NT: Since I get the impression you lads are insanely prolific can I assume you’ve kept working throughout all this pandemic business?

BD: This is the longest period of not recording that, I think, either of us has had in a long time so leaving things sort of unfinished but thinking about them a lot is sort of the period we’re in right now. There’s no real reason to write anymore because at this point we have so many songs that we like enough to record and put out that now we’re just sort of developing these new songs and thinking about the lyrics a lot and writing loads of verses and then taking them out. There’s a few production projects that we’re trying to wrap up and also an album’s worth of our dad’s songs that we’re finishing up – lots of unfinished stuff, some stuff that he never recorded and some stuff that he’s recorded in the last couple of years that we’ll have some other artists sing – but I really think we should be moving onto our next record pretty soon. We’ll probably see if we can record it in a studio, if that’s possible. Or we’ll just record it at our parents’ house, y’know?