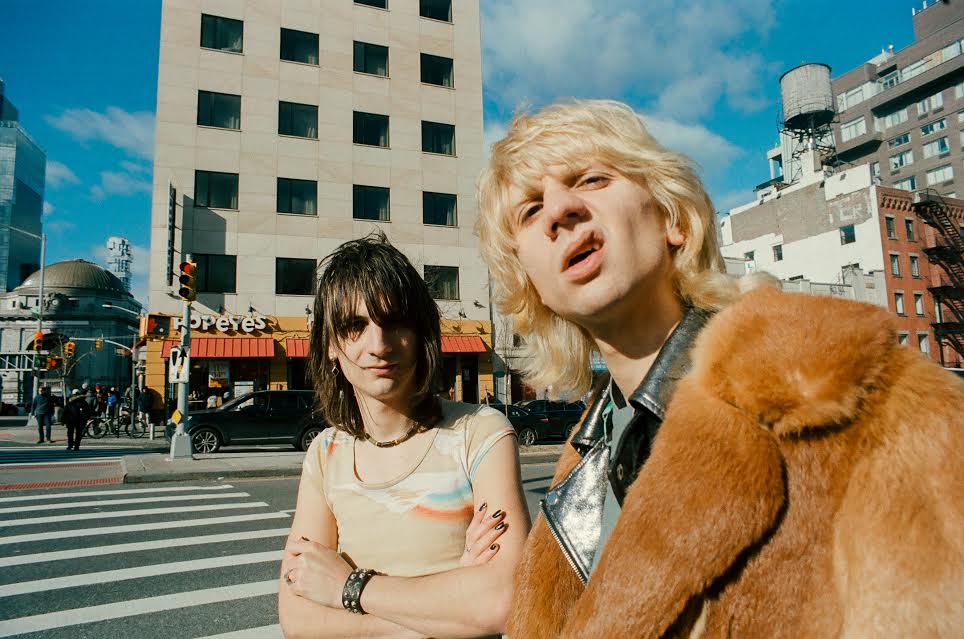 The Lemon Twigs have announced, their new album album Songs For The General Public, will arrive on May 1st, via 4AD. The full-length was recorded and produced by the D’Addarios at their Long Island home studio, Sonora Studios in Los Angeles and New York City’s Electric Lady. The first single ‘The One’ is available today, alongside a video directed by Michael Hili featuring Brian and Michael D’Addario on the campaign trail for ‘the one’. The The D’Addario brothers first emerged as The Lemon Twigs in 2016 with their debut LP Do Hollywood, whose melodies mined from every era of rock quickly earned fans in Elton John, Questlove, and Jack Antonoff.

Sam France of Foxygen writes, “The Twigs are legends – teen sensations, k pop stars, BrotherLovers, Twiggy Cola Lite.
Their songs exist as cultural freebase. Cocaine, water, baking soda, and DNA. (o.k. ) While the White Smile Face People appoint Garage Girl, Digital Bass Face or Shitbag Boy as the new Freak of the Week, the Twigs have lived 26 cat lives from here to japan making real life bonafide Humans rejoice in the pagan art of Magick Pop Freebase. There are millions of fans, You see; the twigz are more Popular than You, they are Greater than Your Favorite Band, they are a phenomenon.”

The 12-track album will be released on 1 May digitally and on CD, limited translucent red vinyl (only available via indie stores and the 4AD Store) and standard black vinyl. The first 200 vinyl pre-orders made through the 4AD Store will receive a limited-edition print signed by the brothers. The Lemon Twigs will tour North America around the release of Songs For The General Public.