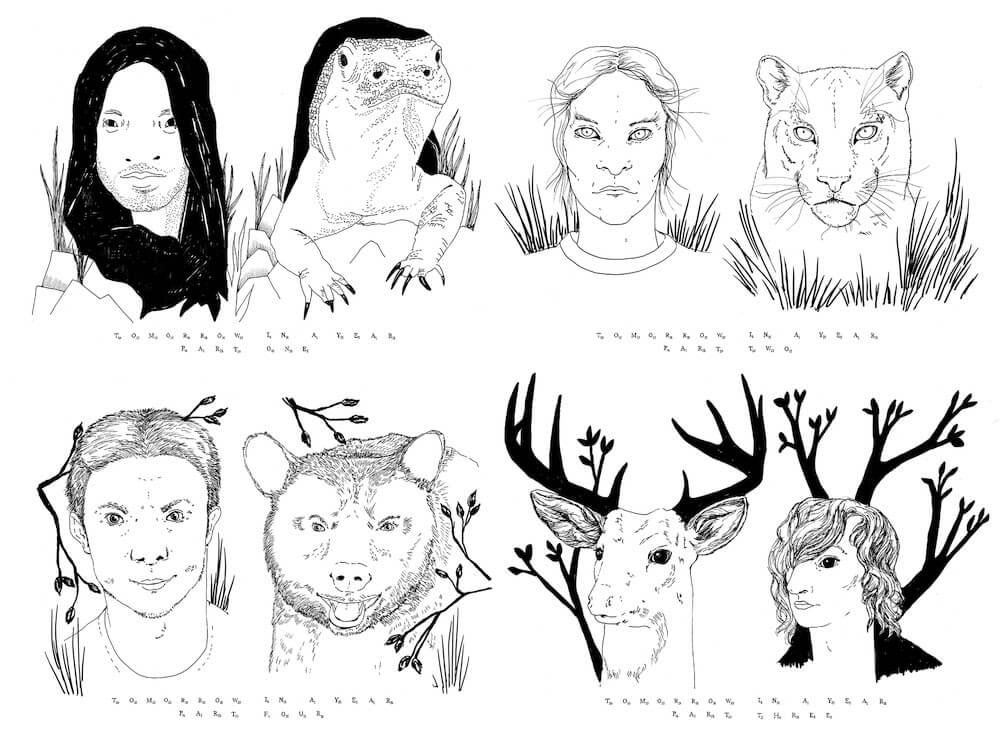 The Knife have announced the first-ever vinyl pressing of their classic LP Tomorrow, In A Year. The 180-gram double vinyl edition will be released August 20.

In 2009, The duo comprised Karin and Olof Dreijer was commissioned by the Danish performance group Hotel Pro Forma to provide music for an opera set to mark the 150th anniversary of Charles Darwin’s On the Origin of Species. Joining Karin and Olof as collaborators were Mt. Sims and Planningtorock. The studio recorded versions of the compositions were released as Tomorrow, In A Year in 2010 by Rabid Records.

Karin: “We were invited by this Danish performance theatre company ​called Hotel Pro Forma ​to make this piece. And we knew it was supposed to be performed in the Danish Royal Opera House in Copenhagen.”

Olof: “The theatre company wanted to make an opera about evolution theory and Darwin ideas. And they asked if we could make music for that. We entered that project thinking, Of course, it’s important to talk about Darwin’s impact on fascism in Europe.​ It is as important as the colonial history of Europe — how Darwin’s ideas were misused to promote fascism. But throughout the project, it became clear that [the theatre company] was not interested in that. They were interested in biology and geology.”

Luckily, Karin and Olof had asked their friends Mt. Sims and Planningtorock to write the opera with them. Together, they wriggled free from conceptual potholes. Instead of bowing to the traditional form’s grandiosity, the collaborators went granular with their sonic palette.

Karin: “You were very into field recordings at this time.”

Olof: “Yes, a short period. Which, actually, I just think is silly. Who gets to say that recording this sound in nature is art? It shows the hierarchy of contemporary art. Not everyone can say that a recording of the wind, or whatever, is art.”

Newly Available Releases from The Knife

Pre-order Tomorrow In A Year by The Knife via Rabid Records HERE.