“The Bus Song” by Jay Som

Jay Som – a.k.a. singer, songwriter, multi-instrumentalist and producer Melina Duterte – announced her debut album Everybody Works alongside its lead single “The Bus Song.” Yesterday, fans were treated to a new video for the song. As a partnership with Amazon Originals, produced by House of Nod, and directed by Melina’s friend and former touring mate Michelle Zauner of Japanese Breakfast, “The Bus Song” finds Melina, her band members, friends and fellow Bay Area-area musicians including Plush, Future Shapes and No Vacation galavanting around their hometown.

“Michelle directing this video was honestly such a dream come true. I’m already honored to call her a friend and past tour mate so watching her in action in another field of work left me awestruck and so inspired. What made the video even more special was filming it in both Oakland and San Francisco with an ensemble cast of friends/non actors. It feels like a time capsule of sorts – a goofy reminiscence and portrayal of the Everybody Works album period.”

“I adore Melina so much, she’s like a little sister to me, my baybee. When she asked if I would direct her next music video I was over the moon.

“I worked on the video with Adam Kolodny, my Director of Photography who has shot all the Japanese Breakfast videos. It was important to me to really try to showcase Melina’s infectious charm and sense of humor. There is something just so lovable about her, it was great to try to capture her in her element, surrounded by her friends. The video feels like a love letter to the bay area.

“It was also important to me to focus on all the dynamic shifts in the song. It has a huge arrangement, all instruments Melina played, and I wanted to make something that really drew attention to that. An ensemble cast, lots of color, captured in a lot of wides and lateral tracking shots really helped us amplify those dynamics and showcase our locations.” 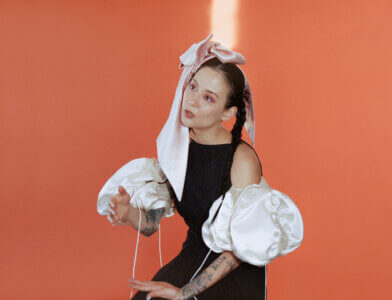 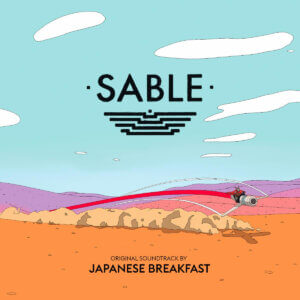