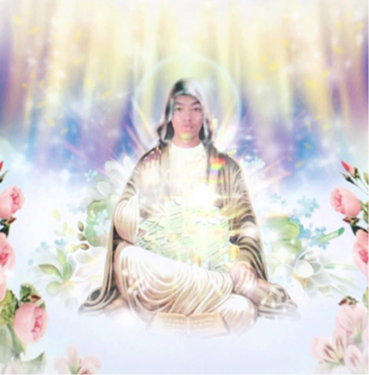 Thaiboy Digital is 24-year-old Thanapat Thaothawong. Born in Khon Kaen, Thailand, he moved with his family to Stockholm at age 8 when his mother took a job cooking at the Austrian embassy. At school, he picked up English and Swedish and the three languages soon began to take turns in his thoughts. By 13 years old, Thaiboy would start collaborating with what would eventually become members of the enigmatic collective Drain Gang. Inspired by 50 Cent, Soulja Boy, Future and Young Thug, Thaiboy started churning out his own take on American rap with the help of his newfound crew of like-minded teenagers.

Thaiboy Digital’s debut album, Legendary Member, is due out September 26, on YEAR0001. The full-length was, recorded between Stockholm and London, and produced by Gud, Whitearmor, Woesum and Ripsquad and features Yung Lean, Ecco2K and Bladee. Today, Thaiboy, has shared his new single “Lip Service,” which features Ecco2k and produced by Gud.

Thaiboy: “Legendary Member is a big trip,” says Thaiboy of the album. “You can expect all the joy it will bring to you plus lots of tracks you can turn up to, some tracks might get you speechless, some might make you want to start it all over again or just become one with your own self.”

In 2013, when he turned 18, Thaiboy was deported back to Thailand by the Swedish government and forced to reacclimate with his distant culture. Music has remained his constant driver, traveling on tourist visas to meet up with his crew for shows around the world while continuing to work through the application for a Swedish visa to reclaim his previous life.