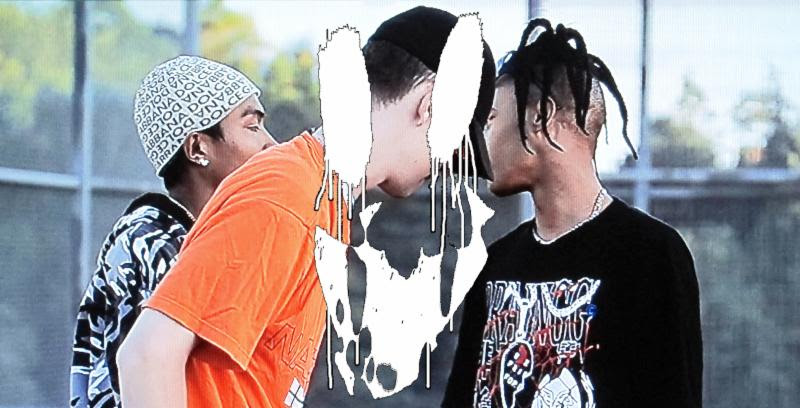 Following the release of the video for “Still in Search of Sunshine” last week, Gravity Boys members and Yung Lean affiliates Bladee and Thaiboy Digital are back today to release a collaborative project via YEAR0001.

Put down during a few blurry weeks of exile in the deep forest of Ban Dong Sum, Thailand, AvP is a dark, icy glimpse into the future of rap and R&B. On the project the twisted, emotionally charged autotuned vocals of Thaiboy and Bladee float on top of the angelic, rattling bass based beats of Whitearmor (backed by Yung Sherman on “Brokeboy” + “2X”), and a feature from ECCO2k stands out. The release is the latest development in the momentum the Gravity Boys have built throughout 2016, a year that saw standout Bladee album Eversince, a full ECCO2k Vogue feature, their own line of jewellery in collaboration with OD9, and worldwide touring with Yung Lean as highlights.

Creating and curating the new wave of highly influential, urban never-look-back music, Gravity Boys a.k.a Drain Gang have established themselves an obsessive cult following in the cut-throat world of music and fashion, performing sold out shows in iconic venues across the globe and clocking streaming figures into the millions with their music. Stream AvP above and check below for the “Still in Search of Sunshine” video and full project details, including artwork by Night Slugs affiliate Daniel Swan.