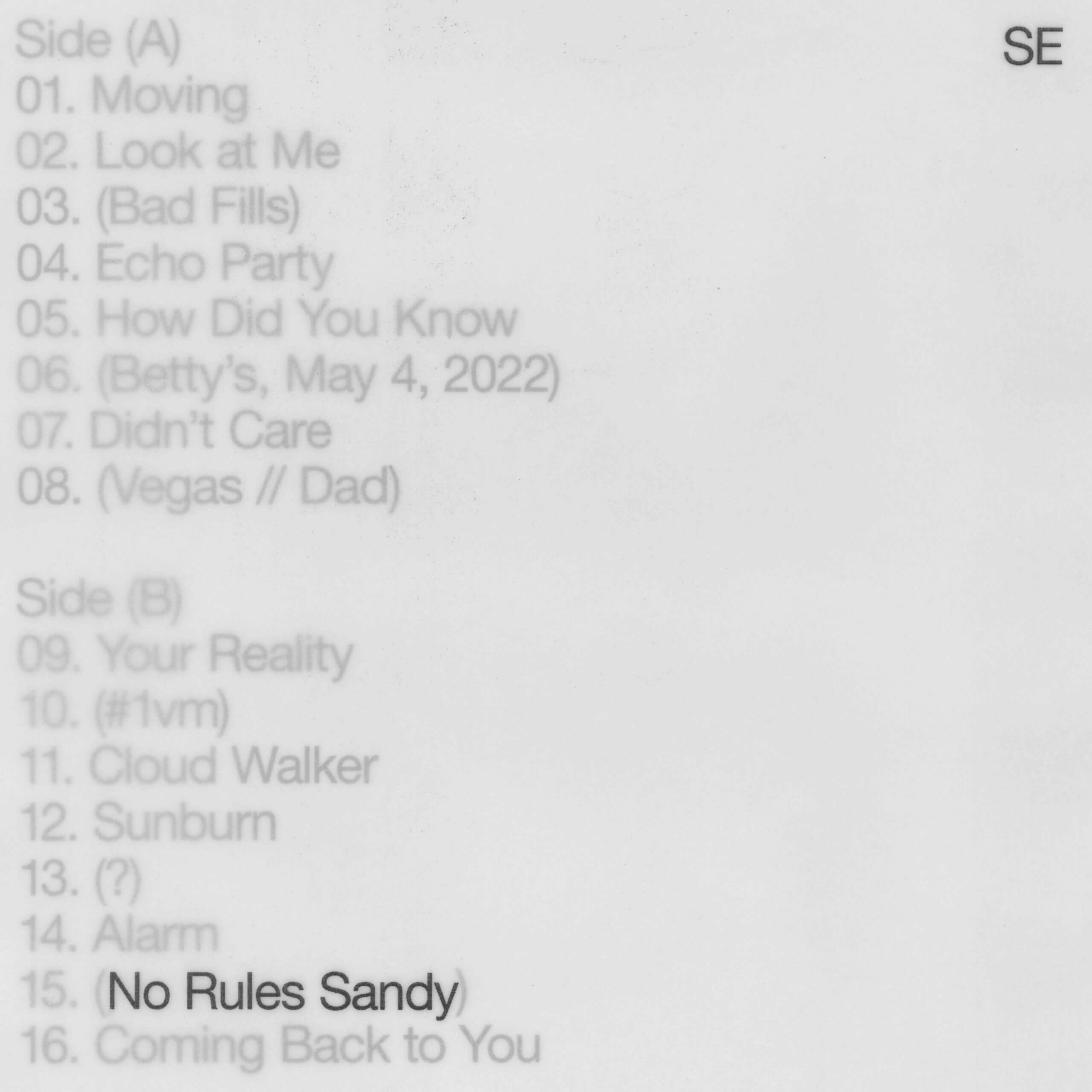 “Were there rules originally or / are we learning how to be / surreal but free— / it’s your reality.” Sylvan Esso, who created their own genre of indie electronic dance music, since their eponymous album in 2014, are back at their jazz influenced, much-better-than-EDM song construction. Like always, there’s hints of Feist and Bon Iver, bands that they’ve had connections with through the years. But Sylvan Esso really do create their own reality.

This album, No Rules Sandy, is an exploration of movement, self-love, car crashes, and the ocean that is our ever undulating existence. “How can I be moved / When everything is moving?” Amelia Meath asks on the opening track. And yet they find a way: to be moved and to move their listeners. To dance, to tears, to living out life in a sometimes frightening world.

This is life-affirming music, body-affirming music, creativity-affirming music. “It’s an echo party ringing all around / yeah you can’t play it down / but you want it to feel right now.” Sucking life of its marrow is the name of the game (something their live performances capture so well). Even if it results in a blistering “Sunburn” or a fiery car crash. Meath has said before, “We always make records about how the world is dying. They’re sad songs that sound really happy.” And it’s no different on this album.

As always, Nick Sanborn knows how to push Meath’s beautiful vocal melodies and harmonies to their limit. The best example of their music songwriting seems to be on perhaps the album’s hit song, “Alarm,” where they start with Meath’s simple lyric line and add and add and add, until it’s a supremely danceable electronic horrorshow. “Oh I can’t stop ringing it / The alarm, the alarm, the alarm.”

They just can’t stop putting out thrilling albums. This album, while it incorporates all of the “gimmicks” that they’ve used throughout their almost decade-long career together. But their music is anything but gimmicky. It is, in their own words, “surreal and free.” Perhaps it is in their roots and in their musical peers, that they remain so fresh and uncanned, electronic dance music though it is, for sure. Harkening back to Meath’s Mountain Man days, the last song on the album is an all acoustic number, about “coming back to you.” They keep coming back, with the same electricity, the same compassion, the same humanity and the same insistence that being human is a complicated but glorious thing to be.