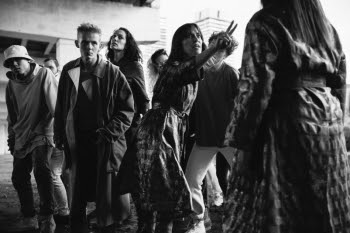 singer-songwriter Feist shares the video for her single “Century” today. Directed by Scott Cudmore, the video features a cameo appearance from Jarvis Cocker who also lends his vocal to the single. Feist will hit the road this fall for a series of intimate shows in support of her latest release Pleasure available now via Interscope Records. The tour will hit Calgary, Vancouver, Seattle and Portland –see full details below.