Prior to the arrival off his new LP Cry Sugar, available August 12th, Hudson Mohawke has shares a pair of brand new singles off the album, with “Dance Forever” and “Stump,” which arrives with a @kingcon2k11-directed and edited video with A.I by @never_ever_never_land.

Cry Sugar, serves as Hudson Mohawke’s first work deeply informed by apocalyptic film scores and soundtracks by everyone from the late Vangelis to the goofy major-chord pomp of 90s John Williams. Especially on tracks like “Stump,” gut-wrenching scenes emerge as party-goers return home post-club amidst rising sea-levels, bomb cyclones, and flickering wildfires. Cry Sugar also serves as Mohawke’s own demented OST to score the twilight of our cultural meltdown. As the album’s artwork (by Wayne horse Willehad Eilers) depicts—we are arm-in-arm with the Ghostbusters marshmallow man, returning home while swinging a bottle of Jack only to gaze out at the gray tempest of a coming catastrophe.

Despite the apocalyptic undercurrent, Mohawke foregrounds the iridescent vibrattos of gospel choirs, soul samples, and scat-sampling throughout Cry Sugar—scaling our bright human drama in the tumult. Known for his deft uses of fragmentation and deconstruction, Mohawke presents our fraught cultural moment as set against the quintessential backdrop of late capitalism—a tightrope walking between chaos and the unashamedly euphoric, between the erratic and the bold, the noisy and anthemic, the saccharine with the devastating. 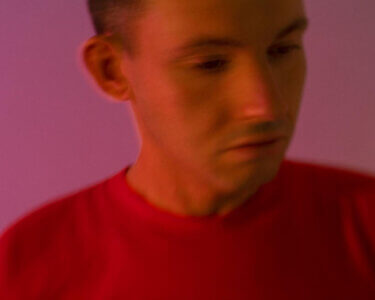 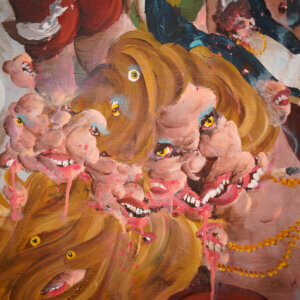