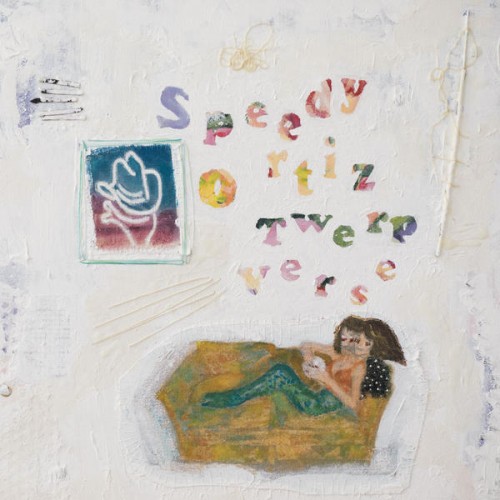 A grimy pop energy sets things off in “Buck Me Off” as Dupuis et al. let their loose grooves give them an unpredictable charm. Though this does also give a lot of the song an abrasive and harsh tone, there’s a subtle fun to the writing and lyricism that keeps it dynamic and fun. This lyrical drive for the song is even heavier on “Lean In When I Suffer” as the instrumentation seem to be reacting to every single word of the track. Even when they take on lives of their own, there’s something wonderfully thematic to the energy the band achieves as a whole on this song.

As the drums start to play on “Lucky 88” the vocals and grooves take a looser and more frantic energy that makes the track feel closer to African rhythms than anything in rock. Even under their dark aesthetics, the smirk you can hear behind every bit of the song makes it fun and exciting. Despite their subversive pop, it’s a lot harder to make it all work on “Can I Kiss You?” as the sense of anxiety embedded in the arrangements is just too unnerving. Though this achieves a great emotional effect, the song really feels stressful to listen to.

Though this mood continues on “Backslidin'” Dupuis is able to harness it in much tighter melodies to keep things atmospheric. As a raw and worrying piece it carries a lot of brutal energy to be one of the album’s most pained pieces that holds nothing back. Switching the heavy tones into a more unhinged sense of melody and broken harmonies, “Villain” feels angry rather than downtrodden. This switchup starts to lift the writing and allows Dupuis to really drive things in her dark and disturbing story.

“I’m Blessed” opens up as a more electronic and warped track, pulling in a little more synth-pop exploration from the Sad13 project. This works in strange glossy tones all over the track that seem to suggest a kind disintegrating understanding of reality. Though “Sport Death” opens on a normal bass stomp, it’s really the way the track explodes into an off-kilter rhythm fest that makes it stand out. This said it may stand out more for bass players and drummers as it can often be a challenging listen because of its constant changes.

There’s so much stripped away from Speedy Ortiz’s sound on “Alone With Girls” that it seems strangely barebones at the outset. As it slowly unravels however, different colours start to infect their sound and the writing slowly becomes more complex and demented. “Moving In” is  similarly morphing trip, as its story of ache and hope slowly pulls the instrumentation into fracturing layers of effects. One of the most fun and different tracks on the record however is “You Hate The Title” which switches to a simple synth run with some gritty guitars that are constantly melting into something dark. This closes the album with a much more digital energy that shows a pop-infused but intriguing direction for the band to go next.