MOSSY AKA: (Jamie Timony), recently shared a video his latest single “Special Attention”. The track is off his debut album N2KY, now available via on I OH YOU (Rolling Blackouts Coastal Fever).

MOSSY describes ‘Special Attention’ as an ode to the “push /pull sensation of needing someone and simultaneously rejecting dependence on them.” Melbourne artist Purient brings her glossy vocals to the track, in harmony with MOSSY’s icy top line and snapping trap beat. MOSSY explains, “The song is basically about anxiety, when your mind serves up the worst-case scenarios and the walls start closing in—that feeling of being sucked toward an unhappy destiny.”

The self-directed video for ‘Special Attention’ was originally going to be shot with MOSSY’s brother Ben, but after losing a shoot location at the last-minute the idea fell apart. “I knew I still wanted to direct something myself, something more lo-fi this time. Kate (Purient) woke up one morning with a location in mind—a dam she’d been to in Healesville. The clip was shot by Jordan Hourigan,” MOSSY explains. “Once we got to the location, we couldn’t believe that there was this gigantic compass sundial looking thing which I think fits really well thematically with ‘Special Attention’. It kinda saved the day.”

N2KY was produced by Dean Tuza (The Rubens, Stella Donelly) and mixed by Stu White (Beyonce, Megan Thee Stallion, FKA Twigs), N2KY continues to explore the sentiment of a partnership having the potential to either nourish and support, or constrict and threaten. In his embrace of electronic post-punk, pop fundamentals from the Scandinavian underground club scene, and the recent wave of emo trap. 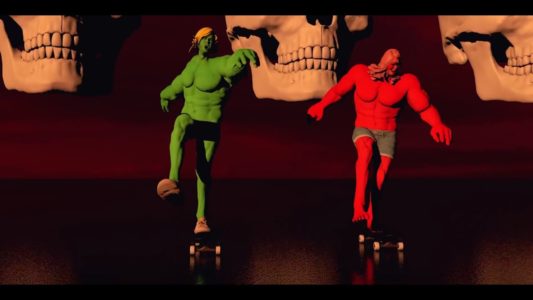