“Softly,” follows three previous singles released from the album Worth It, “Competition” and “Foreign Things” marked Amber’s first official singles since 2020’s ‘Generous’, though 2020 was still a hugely productive year for Amber. With her hometown of NYC hit hard in the first wave of the pandemic and placed under strict lockdown, Amber turned to her simple home studio to create an acclaimed series of home-produced covers and originals titled ‘Covered-19’, each accompanied by a homemade video and artworks. The series was followed by a collaboration with longtime friend Empress Of on the protest song “You’ve Got To Feel” 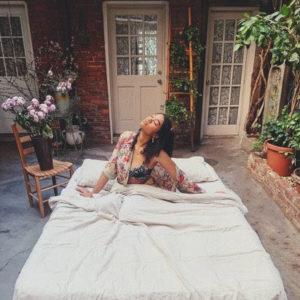