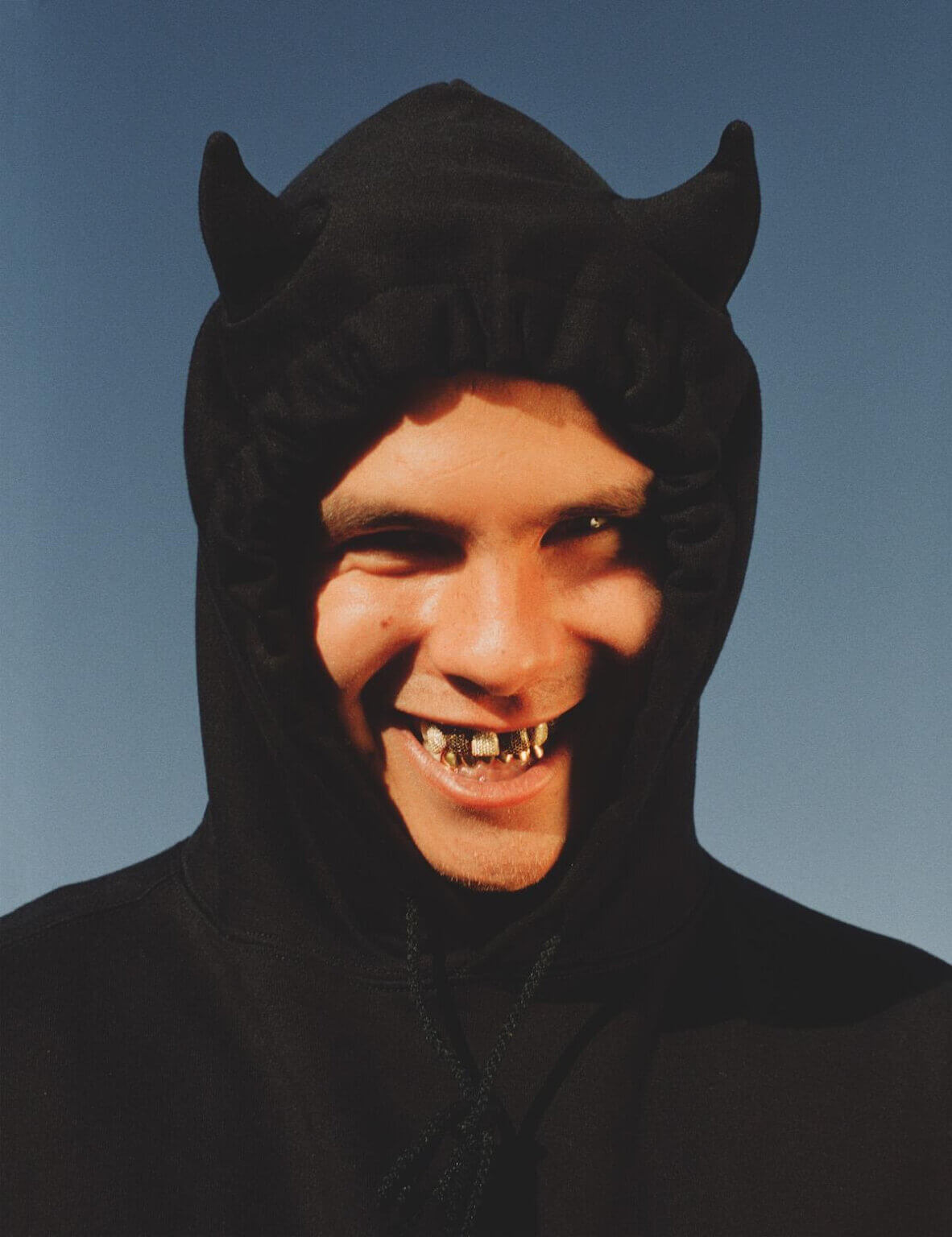 slowthai has dropped a new track and video, entitled “feel away.” The Song features James Blake and Mount Kimbie. Written in LA with Blake and produced by Mount Kimbie’s Dom Maker at the start of 2020. slowthai says: This song is about the doubts we have whether it be within friendships, your partner or with our family. It’s about putting yourself in the other person’s shoes so you have a better understanding of the situation.”

The video for “feel away” was directed by Oscar Hudson (Radiohead /Young Thug), is a feast for the eyes. Warping any romantic connotations of the song, the visual delivers the type of nightmarish gut punch that slowthai has become known for, along with a bit of a sugary tongue in cheek and a wink.

slowthai’s first official new single since his debut album and arrives after “MAGIC,” “ENEMY,” and “BB (BODYBAG),” the trio of surprise singles from May that followed debut album, Nothing Great About Britain. He also arrived with a fake severed head of UK Prime Minister Boris Johnson to the 2019 Hyundai Mercury Prize award ceremony in September, where NGAB was nominated for album of the year.

The new track is also the latest in a string of productions that continue to prove slowthai as an adept collaborator after joining forces with Kenny Beats (“MAGIC”), Denzel Curry (“PSYCHO”), The Gorillaz (“Momentary Bliss”), Take A Daytrip (“Lighthouse” feat. Rico Nasty and ICECOLDBISHOP), and Mura Masa (“Deal Wiv It”); and was featured on BROCKHAMPTON’s “HEAVEN BELONGS TO YOU” and Tyler, the Creator’s “WHAT’S GOOD.”