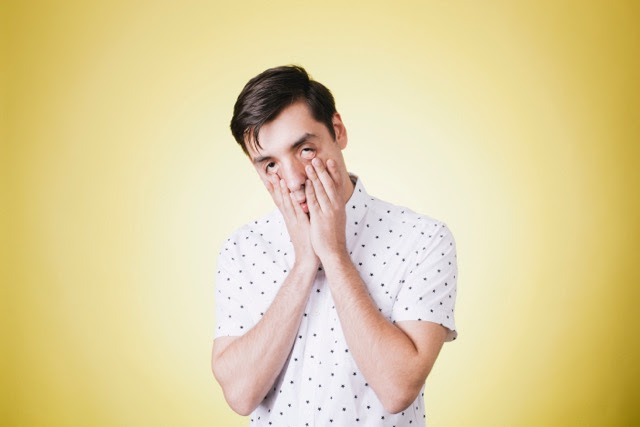 Ahead, of his European tour, Skylar Spence (aka Ryan DeRobertis) has returned with a new track. “Faithfully” is a final remnant of DeRobertis’ work done in the sound that he established as Saint Pepsi, but comes paired with news that he is hard at work on his followup to debut Skylar Spence album Prom King.

“After the Prom King sessions I went right to work with the live band, and once we went on tour I didn’t have much time to do any writing. At the end of our summer tour I had a couple of days to get some work done, and was surprised to end that period with two songs I was proud of. The first was a collaboration with Japanese producer Tofubeats, and the second was a song called “Faithfully” that I’d started before I “christened myself” Skylar Spence (get it?)

The main vocal sample is from Aretha Franklin’s “Wonderful”, a song that I sampled a few years ago in my song, “Mr. Wonderful”, which is pretty ebullient and braggadocios by nature. I think this song is in stark contrast with “Mr. Wonderful” – when I was making it I pictured two people catching each other’s eyes on a subway. Maybe one of them’s married. The point is, there’s nothing between them besides that fleeting, spontaneous chemistry that’s led many to Craigslist’s missed connections. So this song’s kind of about missed connections. Also, I’d like to stress that it’s an older tune I really wanted to release, and it’s neither a track from my forthcoming material, nor a hint of what’s to come!”

DeRobertis’ European tour will see him make eight stops across the continent, starting tomorrow in Copenhagen and ending in Madrid on October 22nd. Tickets for the European tour are available here. Following the European run, he’ll be kicking a special DJ set at Brooklyn’s Music Hall of Williamsburg opening for past tour friends Kero Kero Bonito.