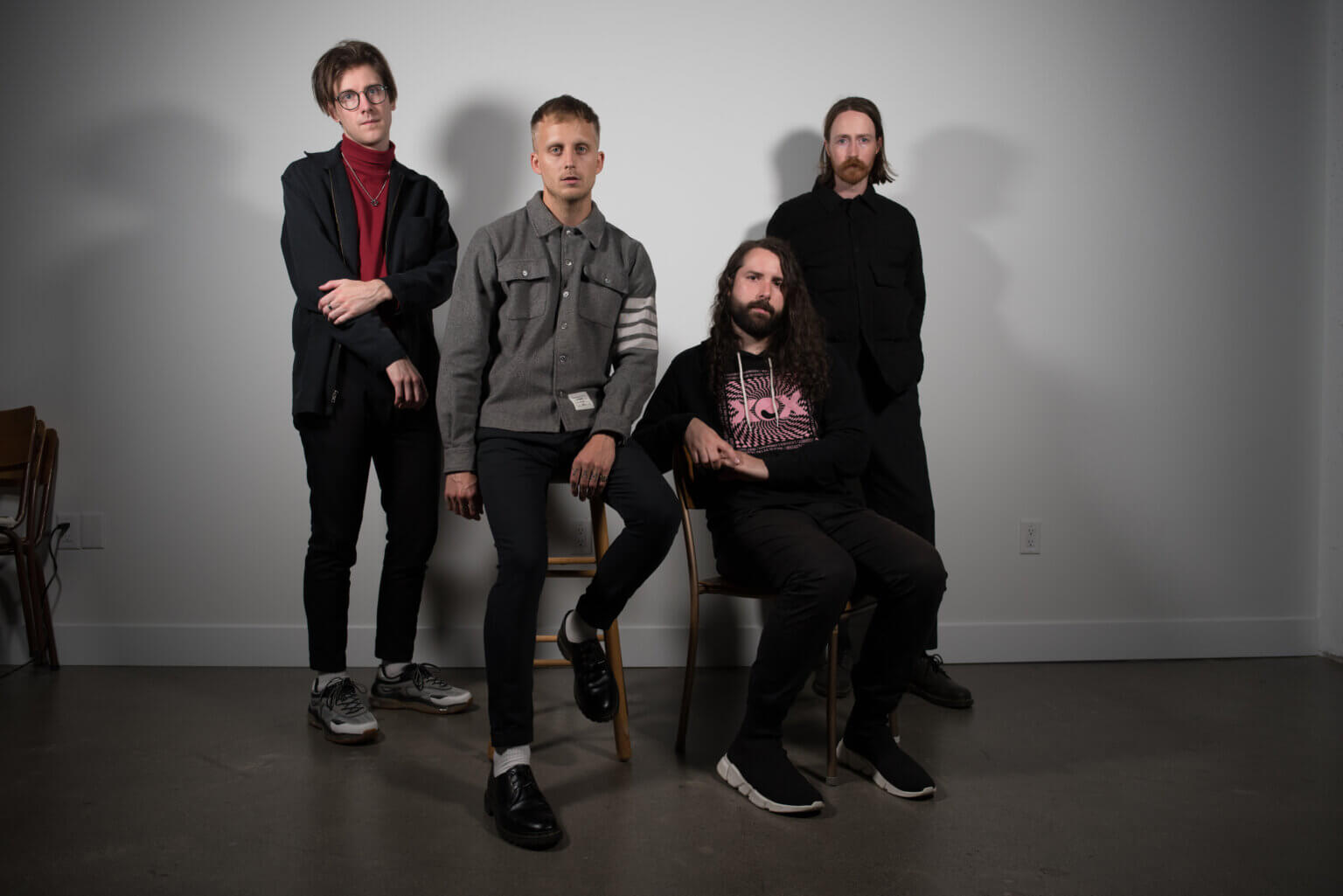 On “Sign,” the band says: “Sign’ distills the process of trying to ground yourself after the initial rush of anxiety pangs. Vulnerability becomes unavoidable in the build up to panic. If you aren’t able to find a stabilizing idea, concept, or viewpoint, you’re forced into showing extreme emotion to the people around you, because you’re no longer trying to interact, you’re trying to find “safety”, however that manifests for yourself in the moment.”

Blessed have previously self-released just one full-length record—their taut, spring-loaded 2019 debut Salt—and yet they’ve arranged themselves around a sound and aesthetic that is fully formed and potent, couched in a quiet reverence for their community in Abbotsford, a small, rural city in British Columbia’s Fraser Valley. In line with the themes of collaboration and community that define the band, they also recruited different mixers for each song of the EP – Corin Roddick (Purity Ring), John McEntire (Tortoise), Graham Walsh (Holy Fuck), and the band’s own Drew Riekman.

Riekman says that like the EP’s compositions, the artwork for iii (created by longtime friend and digital artist Nathan Levasseur) reflects his own experience of anxiety, which at its worst has confined him to his home for months at a time. “I really struggled with agoraphobia when I was younger, and still do to this day,” he says. Often, a salve for these experiences is community and collaboration. Riekman says these give a “feeling of the world getting smaller.”