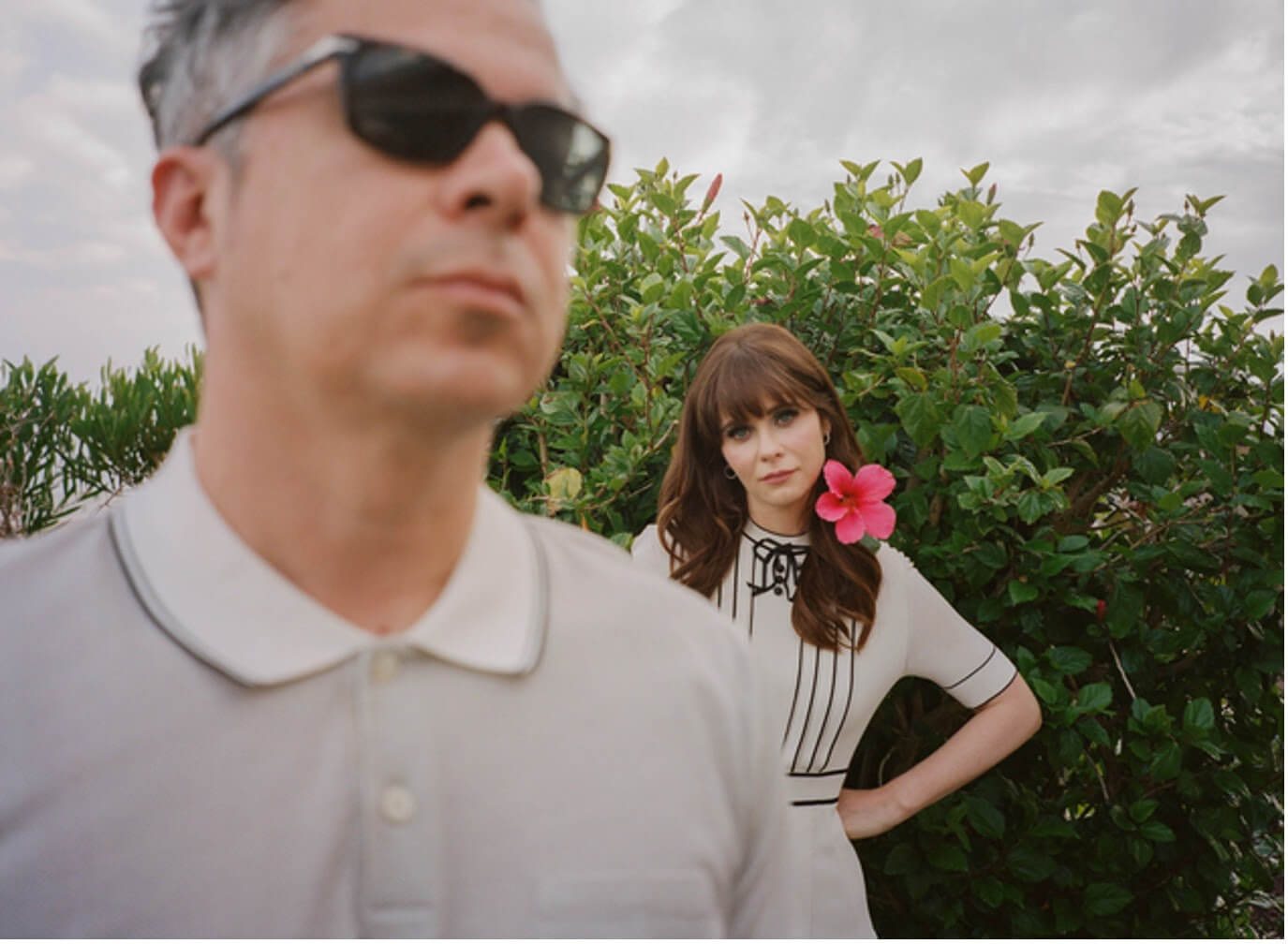 She & Him have the second single, “Wouldn’t It Be Nice”, off their upcoming album, Melt Away: A Tribute to Brian Wilson via Fantasy Records, out on July 22. “Wouldn’t It Be Nice” was the opening track off the Beach Boys’ 1966 album, Pet Sounds. Along with the news, The duo comprised of Zooey Deschanel and M.Ward have shared a new visualizer for the song. Melt Away is Deschanel and Ward’s follow-up to 2016’s holiday album Christmas Party.
​​
Melt Away is tribute to one of the greatest living American songwriters and singers, Brian Wilson. Melt Away: A Tribute to Brian Wilson finds Zooey Deschanel and M. Ward diving deep into the legendary artist’s extensive songbook, offering fascinating and delectable new spins on time-honoured classics and overlooked gems alike. Wilson even features on a song with Zooey and M. Ward for the album, Do It Again. The band have enjoyed a friendship, and mutual appreciation, with Wilson over the years and She & Him was previously a guest vocalist on his 2015 album, No Pier Pressure. Recently, the band released “Darlin”’.

“In the spring of 2020, we started a list of our favorite Brian songs — a very long list,” the duo explains. “We chose songs without any regard to their chart performance. The obscure ones hit us just as hard as the more popular songs — and all are ripe for re-imagining, re-interpreting, and re-inventing. Brian writes songs of beauty and loneliness and vulnerability better than anyone — and by sequencing them next to popular songs of confidence and love and fun, it creates a more complete picture of life on earth.”

Brian Wilson comments on Melt Away: “Zooey and Matt did such mind-blowing versions of our songs. The harmonies are beautiful and right on. I love this record!”

Order tickets for She & Him HERE