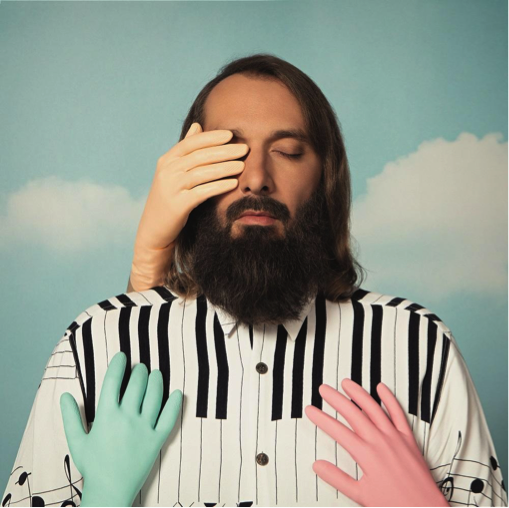 Sébastien Tellier questions, in his new video for “Maybe the key to happiness is there, hidden under a dirty laundry basket?” It’s a topic that Tellier delves further into with his sixth studio album Domesticated, which will be released on April 24th via Because Music. He’d once been carefree and single, but then came love, marriage and children. And then one day he found himself alone at home, entranced by a toaster. A machine designed to make bread hot suddenly became Tellier’s unexpected muse for an airy adventure full of eclecticism and eccentricism. Tellier plays a sold-out show at La Cigale in Paris on May 11th, ahead of Festival Art Rock on May 29th.

“Domestication is a universal subject, an experience we all go through,” he explains. “It’s about transforming the everyday into something extraordinary. I wanted to talk about how we are prisoners to domestic chores because, for humans, life doesn’t exist if we don’t endeavour. Life is a permanent struggle, and domestic chores are at the centre of that battle.”

Sébastien Tellier has forged his own unique journey. It has resulted in his track ‘La Ritournelle’ being named in NME’s list of the Best Tracks of the Past 15 Years, being sampled by The Weeknd, and collaborating with everyone to Jean-Michel Jarre to Daft Punk, Sofia Coppola and Karl Lagerfield. And who else has gatecrashed the Eurovision Song Contest in a golf cart?