Oberhofer releases a brand new music video for his track “Sea of Dreams”. The song, which is featured on his latest album Chronovision and on the Netflix original hit series BoJack Horseman earlier this year, will appear on the Lakeshore Records soundtrack BoJack Horseman (Music From The Original Netflix Series) out tomorrow.

The “Sea of Dreams” video was filmed in Austin, Texas earlier this year and was directed by Austin Roa who shot the entire video on a Super 8 camera.

“I’ve always had a deep affinity for cartoons,” notes Oberhofer. “Most of the cartoons I grew up watching seemed to embody more truth than non-cartoon television programming. I’m proud to have this song affiliated with an episode of television I not only find hilarious in many ways, but also that surfaces truth through light of the humor in BoJack’s world. I feel honored to be a part of this soundtrack.”

Oberhofer adds, “This song is deeply personal, Austin, the director assembled a group of his friends at Film school at University of Texas in Austin, to build the set, and film and edit the video. This entire project was a labor of love for all parties involved, and it was inspiring to watch Austin and his crew of hilarious, clever and simultaneously focused friends work together.”

The BoJack Horseman soundtrack features the iconic main title track by Patrick Carney, and the closing theme by Grouplove. Michelle Branch, Oberhofer, Nina Simone and original songs and score by Jesse Novak are also featured. The album was produced and music supervised by Andy Gowan. 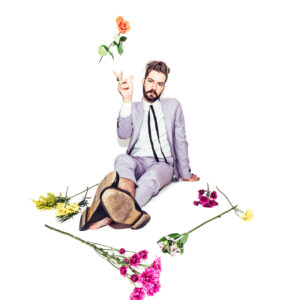