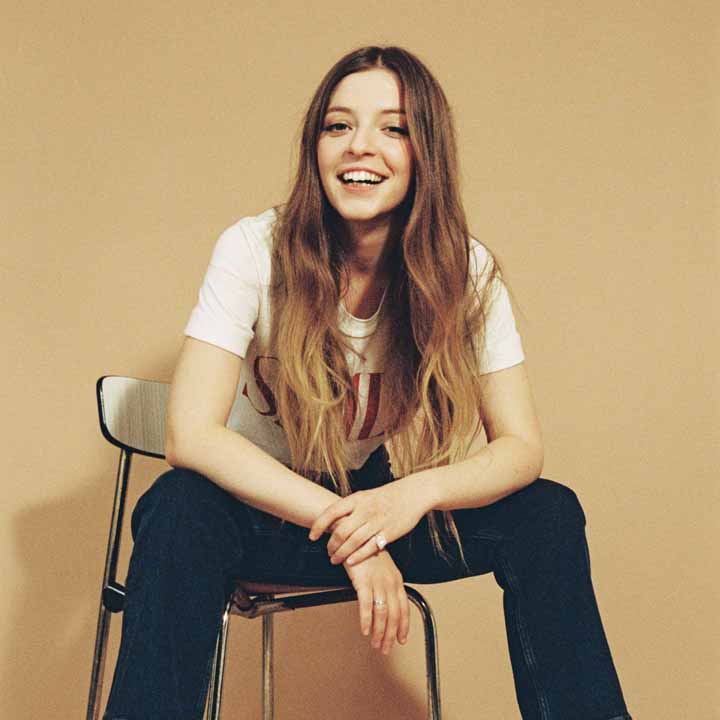 Youth has only served to make Welsh singer Jade Bird a hungry and unapologetic musician. Bird’s relentless writing has resulted in hundreds of pages of notes, and handfuls of songs in recent years with more on the way in the next year. With a taste of her new rock direction on singles like “Uh Huh” we decided to catch up with Bird mid-way through her North American tour to talk about her early days and how she’s evolving as an artist.

Northern Transmissions: You travelled around a lot as a kid because your dad was in the army, how do you feel that shaped the music you started to write and write now?
Jade Bird: It was a lot of transitions that inspired my music, and all those relationships I had. All the songs I love are always inspired by people, and I got to meet so many people because of that. I think it made me a better songwriter.

NT: You’ve talked about some pretty rough shows you went through in Wales before moving to London, so what made them so harrowing?
JB: Harrowing might be a powerful word. I did the club circuit for a while and enjoyed, because it was the only place I could play live. I had to play with an older woman just to get into the bars. When I was young I’d played a lot of competitions and judges always said “Your music is a bit sad for us,” which always left me a bit devastated. Deciding to stick to my style though has made me into the artist I am today.

NT: How did working with Simone Felice really change things for you and what was it like working with the team he’d assembled for you?
JB: I started working with him when I was 18 while working on Something American. I think the reason he’s shaped me so much and worked with me on virtually everything from then on is that he allows a certain magic into the project rather than taking it away. He understands what I’m doing and tracks it all live. We always track the band first so I can tap into that kind of magic when I record the vocals. He knows how to get the best out of everyone including myself.

NT: Speaking of the team, what has David Baron brought to your sound that you weren’t able to get before?
JB: David’s a genius, he does all the string arrangements and the engineering as well. The vocal sounds I get on all my records come down to David too. He has this sort of laboratory in his house with all this equipment. He’s just got a natural ability to make songs sound live, and that’s really the energy I’m trying to get across when I play with my band.

NT: Obviously you travelled to America for your record but what’s stood out to you again and again about American music and led to your interesting song title considering your Welsh home?
JB: There’s a few factors to my love of American music. America appealed to me early on for the freedom of the individual and the artist, people aren’t scared to be ambitious and explore their style. Patti Smith was really part of that scene in New York back then, which I feel an emotional connection to. The Americana that I drew from like Crosby, Stills and Nash may have a lot to do with travelling, not having strong roots so to speak.

NT: There’s an even more explosive sound to “Uh Huh”, so what’s led you to this more expanded production on your latest songs and is this what we should be expecting going forward?
JB: “Uh Huh” is a real insight into my album and how my song writing has really evolved. I’ve been working to build a strong live show while improving my music, so this song finds a good balance of that. It’s bold and energetic, while the lyrics are honest in this tale of karma. It also tells who I am as this 20-year-old female, I’m feeling unapologetic and pulling from strong independent women. I’ve still got these introverted songs in me, but that crazy, energetic rock sound is appealing to me more now too. I’m fascinated with bands like Cherry Glazerr and Bikini Kill now too.
NT: How have you adapted your notebooks filled with song concepts into music, and when do they leave the page?

JB: The process has been much the same over the years, I’ll find a word or phrase I really like, put them in a bubble and go. It’s a spiritual way to find how words interact with melody. I had to write my songs by myself because no one was doing it like I did. The process can be about a real thing or be made up, so I try to put myself somewhere I’ve never been before.

NT: You’re also working on a new record right now, so what exactly can you say at this time about it?
JB: It’s been a lot more ambitious in the studio. When we’re writing there’s so much more emphasis on everyone’s different sounds, and even adding different instruments with exploring the alternative range. I’m growing up so I’m trying to reach for the stars. We’re recording it in the same place with the same producer but the music has evolved.