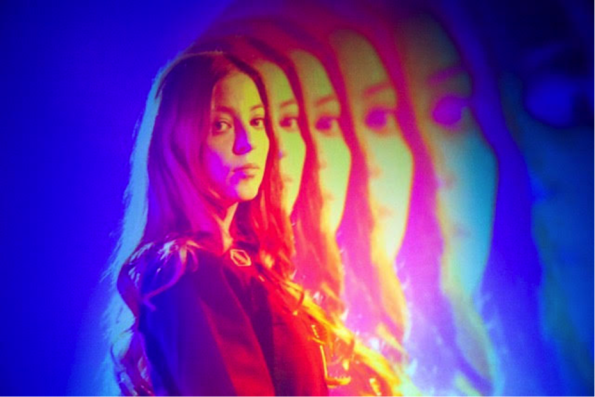 Jade Bird has released her new single “Uh Huh,” the track is off her current self-titled release out on Glassnote Records. Jade Bird plays her next show on August 21st in San Luis Obispo, CA.

“I think this song shows a whole other side to me and is a new shade to my music and songwriting. I wanted to record the song live with my band to capture the energy we have when we perform it on stage. I have always been obsessed with that raw, band-in-a-room sound, and I am so happy with the result. It’s got an attitude that is a big part of who I am and what I write about.”

Along with the news Jade Bird has confirmed shows with Brandi Carlile at the end of this month. The dates lead into her first official headlining tour this fall, which will include stops at Los Angeles’ Troubadour, New York City’s Bowery Ballroom, Chicago’s Lincoln Hall and more.

Born in Hexham, U.K., Jade’s early life was spent mainly in flight with both parents in the army. One of life’s few constants proved to be the influence of strong working women. At first via her mother and grandmother, who largely raised her, but later the female role models within the musical subcultures Jade become obsessed with: from empowering country heroines like Loretta Lynn to iconic alternative songwriters like Patti Smith; Alanis Morisette’s Jagged Little Pill was a similar early touchstone, as well as current influences including Haim and Christine and the Queens.