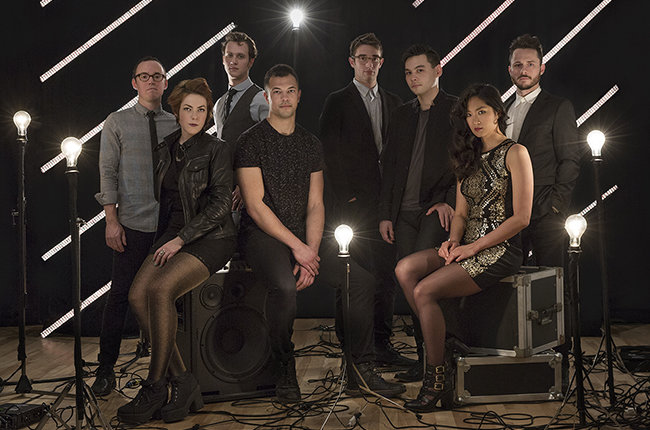 Brooklyn-based San Fermin, have shared their cover of The Strokes’ “Heart In A Cage”. Now an eight-piece touring enterprise, did not start that way. In December of 2012, the initially makeshift project performed a single concert—from sheet music—and signed a record deal. Their self-titled debut was subsequently released worldwide in the fall of 2013 via Downtown Records. “Suddenly, we were not in a vacuum. We were in the thick of it, which was thrilling but also terrifying,” bandleader Ellis Ludwig-Leone says. “There were all these new possibilities and gray areas. It was a shock to the system—out in the world, barely at home, constantly in a state of semi-crisis.”

“The first record was written in a very pre-composed way, recorded when I didn’t think this would be a band. So I went from being this isolated composer guy to sitting in the back of a crowded van with seven other band members playing shows in rock clubs every night,” he says. “When I got back, I ripped these holes in the middle of the existing songs and added some new ones. I rethought everything I had been writing.”