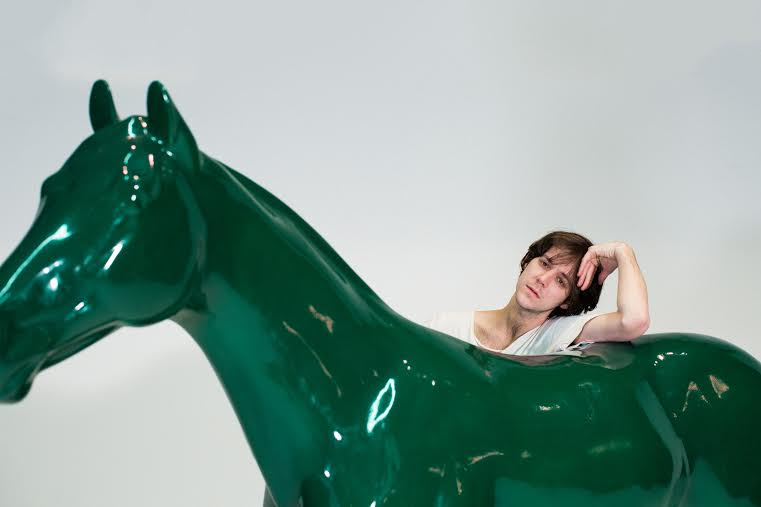 Sam Evian has unveiled his new track “I Need A Man.” The song, taken from his forthcoming debut album Premium (September 30, Saddle Creek), was recorded at Figure 8 Studios in Brooklyn, where Sam is a resident engineer and producer. The apparent initial romance of the track is offset by a moodier underlying sentiment. What at first seems like a personal longing is revealed to be a far more broader call for progress, the song itself spurred into creative fruition following the passing of North Carolina’s discriminatory HB2 gender-based bathroom law.

Sam Evian, a native of North Carolina currently residing in New York City and the latest signing to stellar indie Saddle Creek, will take to the road for the very first time in October in support of Whitney. All dates below. “I Need A Man” follows the release of debut single “Sleep Easy” in June.

Says Sam of “I Need A Man”: “Serge Gainsbourg fans will recognize the reference from Histoire de Melody Nelson. I was listening to that album incessantly last February when the HB2 law passed in North Carolina, my home state. Amidst the routine chaos of global tragedy, things at home were crumbling. My home state was falling back into the dark ages, sexual abuse was (and is) everywhere… the music industry, my NYC community, everywhere. And the police were getting away with murdering young black men across the country – on video. So with all of that going on and “Melody Nelson” in my head, I latched onto Gainsbourg the provocateur and made my voice a twisted version of his story. I imagined part of me was Melody, the naive teenager in Serge’s strange story of love and innocence lost. ‘I need a man I can trust.’ It’s more of a conversation starter… is there such a thing? My hope is that people in my community and abroad will start to look out for each other more, and take more action in preventing abuse and violence.

We recorded most of the song at Figure 8 in Brooklyn, and then caught some last-minute time for overdubs at the Magic Shop before it closed its doors for good. I sang on the mic that Bowie used for his last few albums, a Shure sm7. This was only a few months after he died, and I could feel his presence lingering.”

Sam made a Spotify playlist.