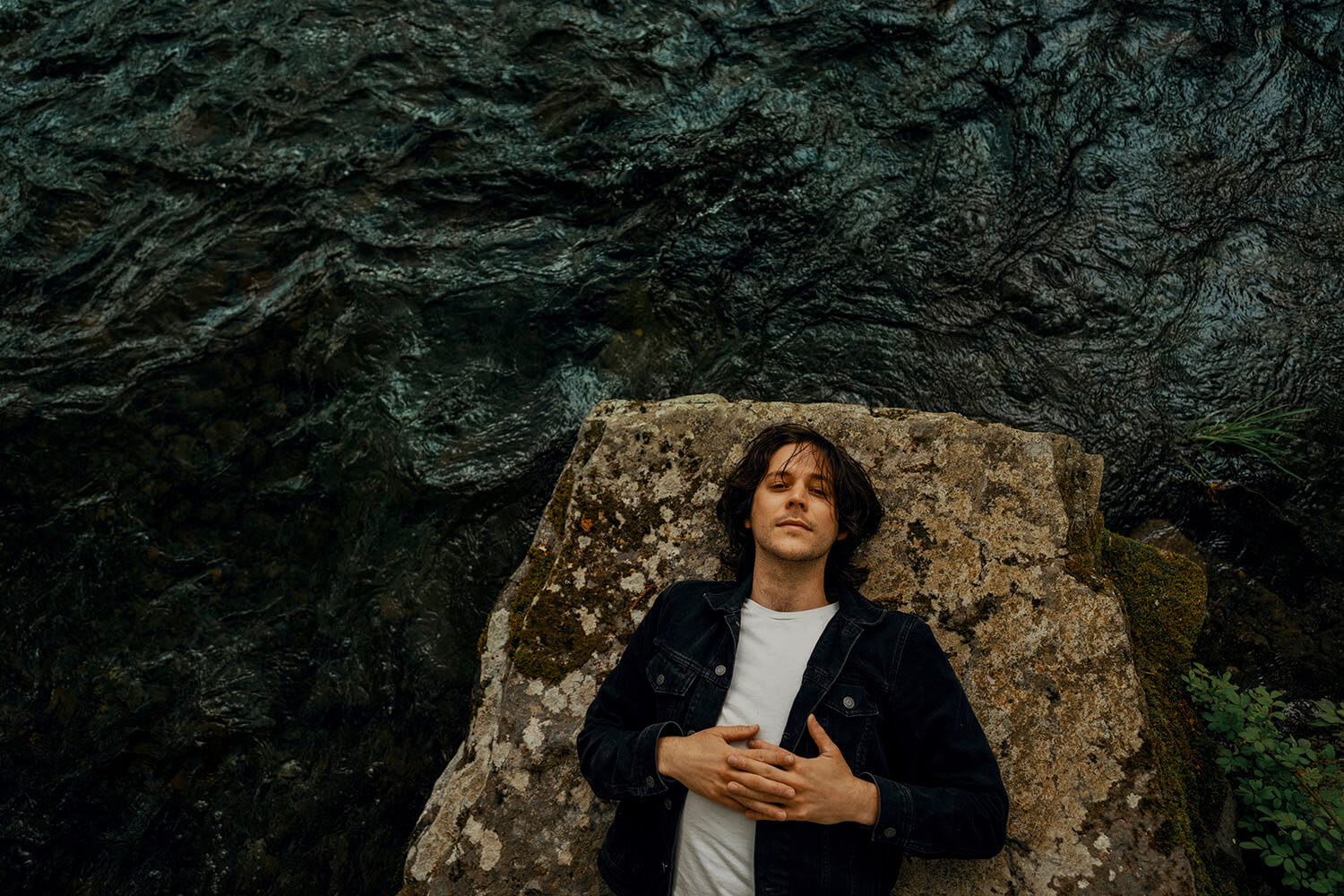 Photo Credit: Josh Goleman
Share on TwitterShare on PinterestShare on PocketShare on RedditShare on FacebookShare on Email

Sam Evian has announced his new album, Time to Melt, out October 29th via Fat Possum. Today he also shares the first single from the album, “Knock Knock.” Additionally, he announces a fall 2021 Northeast tour.

Following a brief decampment to upstate New York to create his last album, You, Forever, Sam realized he could no longer resist the urge to escape the anxious city life. He and his partner, Hannah Cohen, split, building their refuge and Sam’s studio, Flying Cloud Recordings, in the quiet of a Catskills town. That reflective, relaxing environment inexorably shaped Time to Melt.

During the last decade, Sam has become a preeminent collaborator, producing and engineering records for the likes of Big Thief, Cass McCombs, Cassandra Jenkins and Widowspeak. In their new home, he and Hannah hosted bands like house guests as he helmed their sessions. The coronavirus, though, clamped down on those interactions, largely sealing the couple from their longtime scene. So Sam tried something new: He sorted through more than 60 instrumental demos he’d recorded in the last two years and began shaping the most enticing of them into songs with help from Hannah and long-distance friends—Spencer Tweedy, Chris Bear, Jon Natchez (The War On Drugs), even strangers who sent him voice memos via Instagram. He took the unexpected time at home to dig deeper than ever before into his world of sounds and ideas, calmly considering our moment of prevailing chaos through a lens of newfound distance.

Time to Melt reckons with the weight of our time, even when it sounds largely weightless. New single “Knock Knock” taps Sam’s memories of race-and-class violence in the small-town South where he was raised and his subsequent reckoning with our crumbling American façade. The track, finished in June of 2020 as protests unfolded across the country, is a tribute to the perseverance of the vulnerable, who find community and joy in spite of the way centuries of miscreants try to deny it. “’Knock Knock’ is a song of commiseration,” says Sam. “It’s a conversation with my sibling, and really anyone else with a conscience. We talk a lot about the small town in Eastern North Carolina where we grew up, and why we left. Growing up we saw a lot of racism, violence, poverty, disparity, ignorance…all of it not so hidden under a veil of southern hospitality and dogmatic beliefs. A year later after George Floyd’s murder, I hope we can keep the conversation going. The veil is lifted for all to see. Knock knock – who’s there? A broken America.”