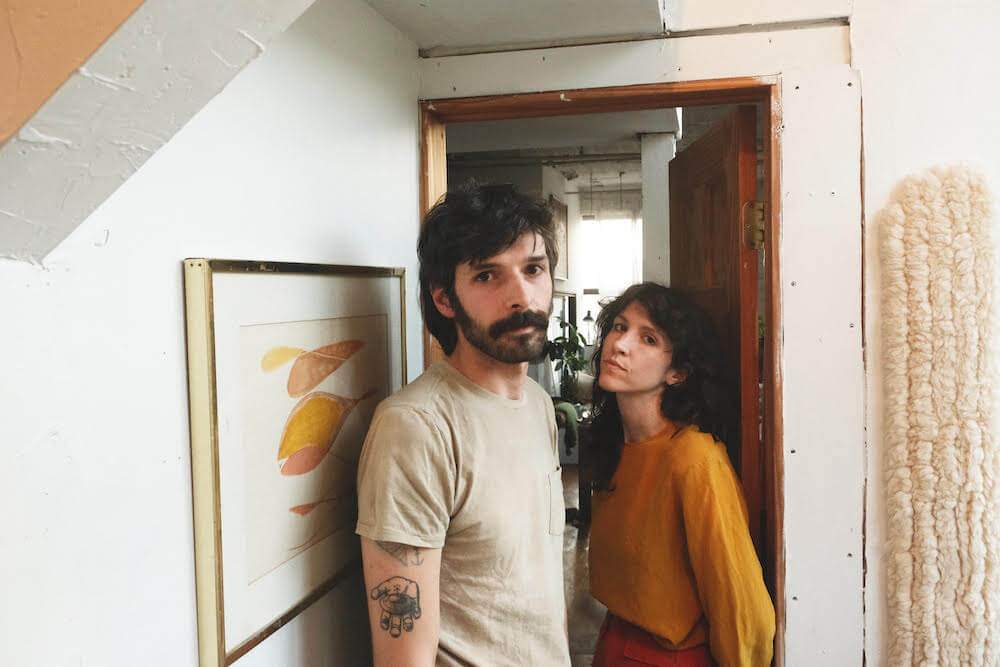 After the release of their album Plum, Widowspeak have released a new EP entitled Honeychurch. Along with the announcement, the duo have shared, their version of Dire Straits’ “Romeo and Juliet,” along with Neil Young’s “Harvest Moon,” Third Eye Blind’s “How’s It Going Be,” Chris Isaak’s “Wicked Game” and now “Romeo and Juliet.”

Widowspeak on “Romeo and Juliet”

“It’s one of our mutual favorites, from the very first notes it just takes you to that place. There are also so many different associations wrapped up in the song for me: remembering the first times hearing it, putting it on mix cds, the teen movie soundtracks, even the Indigo Girls cover. And we’re obsessed with the music video. Sometimes you just want to sing something that feels like a friend, ya know? We recorded the cover in an afternoon, and don’t have much of a soundproofed situation, so you can kind of hear the sounds of the neighborhood in the background”

Like the 17th-century tile on its cover, Honeychurch is a repurposed artifact. Its title, a nod to E.M. Forster’s A Room With A View, was originally a working title for Plum. Recorded at their apartment in Brooklyn and mixed and mastered by Jamie Harley (The Jesus and Mary Chain, Mogwai), Widowspeak’s new collection delivers homespun intimations with polished precision. The questions posed on Plum still reverberate, and Honeychurch leaves space for us to hear them better.

Plum’s reflections on work and worth grew more pertinent by the day, singer Molly Hamilton and guitarist Robert Earl Thomas felt there was more to explore.They began with what was already there, toying around with a new take on Plum single “Money.” The resulting track is a pared-down, introspective version, with a foreboding synth tone that asks us to spend more time with its prompt: “will you get back what you put in?” Hamilton and Thomas also recorded a playful, Nancy Sinatra-esque take on R.E.M.’s “The One I Love.” Revisiting a discarded Plum demo about blood ties gave rise to the slow-burning “Sanguine,” while EP closer “Honeychurch” is an ambient epilogue that leaves space for deeper reflection.