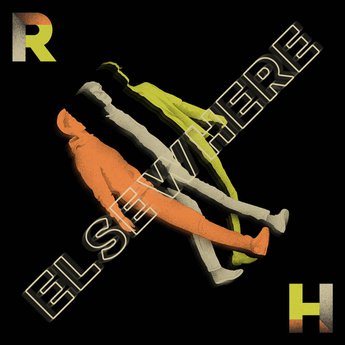 Like with film even the most accessible music can feel brilliant with the right mind directing it all. For Ryan Hemsworth’s newest full-length release, he takes all the familiar pop tropes and dresses them up. Unfortunately the core to many of these songs drags them down, and leaves the details as the more interesting piece of the puzzle. As generic as some of the songs can be on this guest-heavy effort, there’s a driving sense of fun that makes Hemsworth feel like the shining gem of the record.

Somehow the glitch-like fade-in of “This Feeling” just makes its grooves al lthe more addictive as they kick in. The glossy production from Hemsworth just lets the dance beats glide and give Marco McKinnis a space to sing with beauty and fun for a strong opening number. Unfortunately “Sade” just feels a little too samey to much of the hip hop-fueled pop on the radio these days and nothing from its supporting acts changes it. However the popping percussion and constant ecstatic performances on “Beep Beep” make it a constant joy, especially as B La and B & K4mo play off each other. Though its lyrics feel a little problematic and tastelessly raunchy at times, what Hemsworth does on the production is great.

Similarly, all the familiar undertones to something like “The Butterfly Effect” are easy to forget with how fun Hemsworth’s slowly expanding touches bring to the song. His sharp writing makes pop that’s easy to enjoy without being soulless, and blends sounds from the likes of Cashmere Cat and Diplo into one. This gives the raps from Rexx Life Raj and P-Lo a real refreshing feeling on “One On One” as a warped vocal creates a dreamy feeling behind the song. The playful production even affects the stereo mixing of the songs, and reflects how much fun a guest like Nebu Kiniza is having on this album for tracks like “For U”.

Despite some of the more dreadfully straightforward tracks that are only made palatable by Hemsworth’s production, there’s a mysterious draw to “Lagoons.” Between Daniela Andrade’s entrancing vocals and spiraling synths, the tracks is a mesmerizing listen. “Four Seasons” does feel a little more blasé however, but the swing of great drums and the weird keyboard tones set it apart sonically. For Hemsworth’s sparing producer track on the record, “Ego Ride” is a fun rush of experimental qualities and dance undertones.

It’s hard to feel involved however listening to something like “Special Girl” which feels like it could have come from anywhere, apart from some of the pointed beats and bass that Hemsworth brings to the song. Strangely it’s Joji (who only recently ditched his Filthy Frank YouTube persona) that really brings the album’s most stirring moment. Landing squarely between Hemsworth’s pop finesse and a penchant for shaking up the genre, this track is Hemsworth at his most balanced and interesting. Robin Dann however does pull some interesting ambiance from Hemsworth as well on “Animal” as the pair close the album on a floating but triumphant sound.