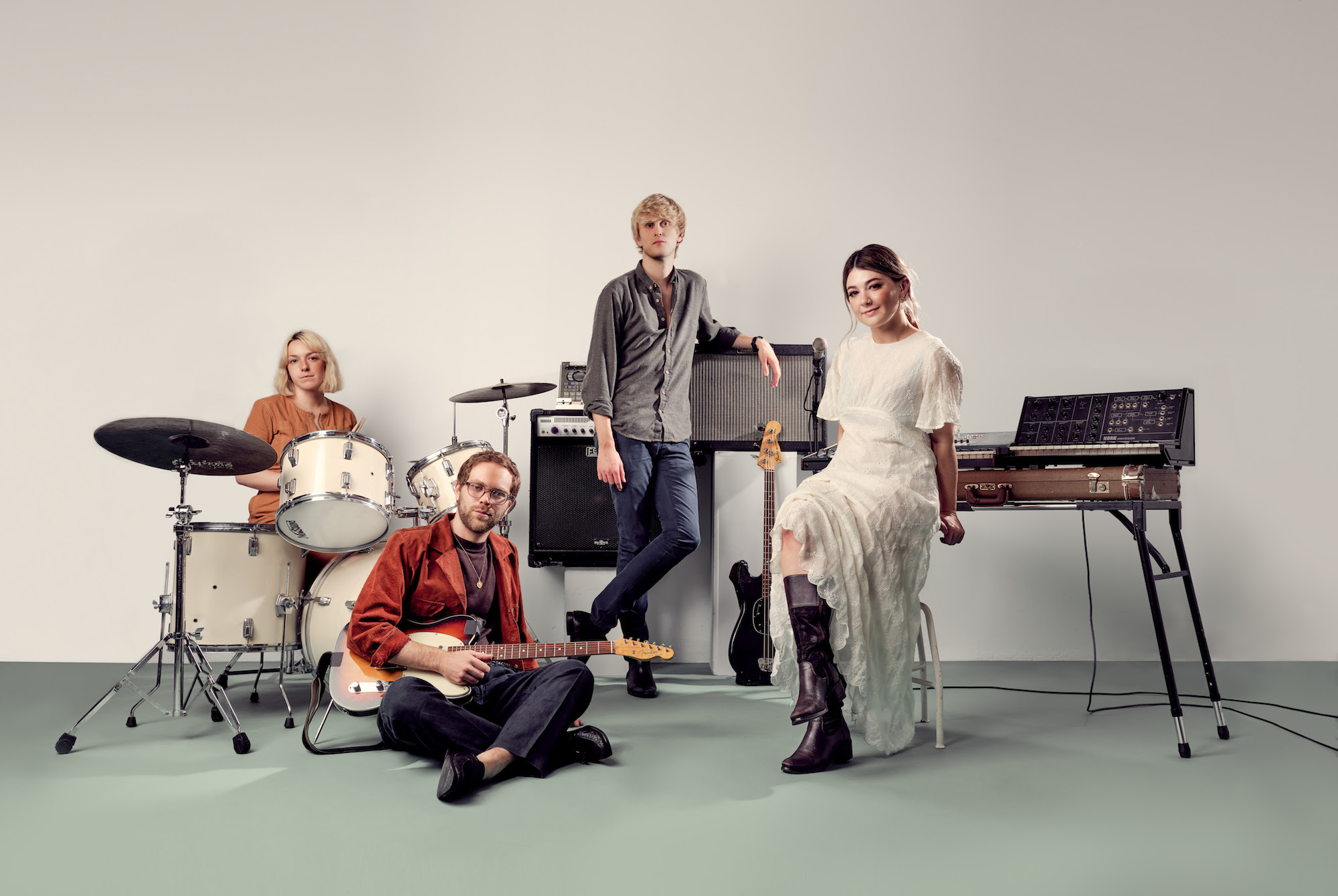 “Right Track/Wrong Man” was produced by the band and mixed by Jake Aron (Solange, Grizzly Bear, Snail Mail). “‘Right Track / Wrong Man’ comes from a place of uncertainty – of not knowing if you should stay in the comfort of a slightly unfulfilling relationship, or branch out and make the most of the youth you have left; meet new people, go out more, dance, live,” explains Frontwoman Christie Simpson. “In the last year or so I’ve found myself switching between these modes, unable to work out what makes me happier, left feeling a little lost – but I’ve always found solace in the knowledge that at least I’ve been going out more, meeting new people, dancing – and living. As Yumi Zouma we often write songs that we want people to dance to, and that we ourselves would want to dance to – this is our dancefloor anthem to the confusion of living through your twenties.”