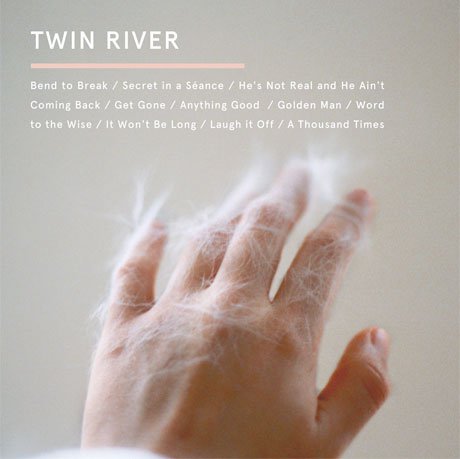 Should the Light Go Out

For listeners who have been following Vancouver’s Twin River for several years, their first introduction to the band was likely seeing singer-guitarist Courtney Ewan seated on a stool, plucking quiet folk songs along with collaborator Andy Bishop. The debut EP, 2012’s Rough Gold, expanded the soundscape while still maintaining the impression that this was a stripped-down roots project.

On Should the Light Go Out, however, it takes only seconds to discover that the band — now a five-piece with Dustin Bromley (Keep Tidy, Pleasure Cruise), Malcolm Jack (Capitol 6, Sun Wizard) and Rebecca Law Gray (Mode Moderne, Chains of Love) — has morphed into a very different beast. Opener “Bend to Break” charges hard out of the gate, its distorted indie-pop charge doused in moody reverb and evoking Best Coast’s most punk-inclined moments.

Elsewhere on the 10-song collection, the band showcases similarly fun, noisy sounds: “Word to the Wise” sports surf-rock guitar twang, ghostly harmonies and Ewan’s snarled hooks, while “Laugh It Off” and “A Thousand Times” close the album with a couple of jangling, pop-friendly ditties. There’s a a faint country twang to these rock cuts — particularly when Bishop takes over on lead vocals for “Anything Good” — but the generously-applied fuzz and echo ensures that the album has a straight-outta-the-garage grit.

As good as these upbeat tunes are, the best moments come when Twin River eases back on the distortion pedals in favour of dreamy synth-scapes. “He’s Not Real and He Ain’t Coming Back” is a slow, aching ballad about drinking away memories of lost love at the bar, and it’s akin to something Twin River might have played in its former, folksy incarnation. Here, however, the whole thing is slathered over with swooning Twin Peaks-esque synths.

“Golden Man” is even more woozy, with its 10-minute sprawl dominated by washes of ‘80s-style synths and a slow, booming beat. Aside from a bluesy chord change in the chorus, the arrangement barely evolves at all over the course of its epic runtime, but the slo-mo groove remains spellbinding the entire time.

With so much growth between the prior EP and this debut full-length, it will be well worth watching where Twin River goes from here. Their future is an open book, since Should the Light Go Out proves that this young band can take on a number different sounds and do them all well.