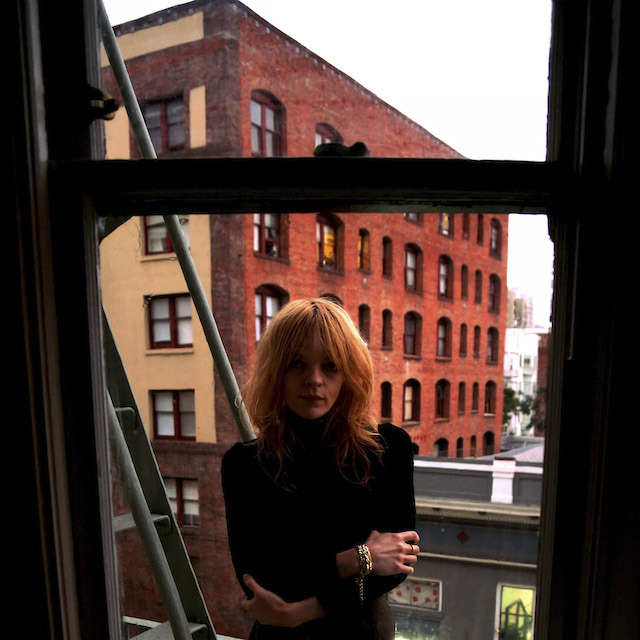 On Your Own Love Again

It has been a very long time since the last time Jessica Pratt set down to record some songs. Approximately eight years or so. Her self-titled was released in 2011, but the songs themselves had been kicking around since she was 19. Now 27, On Your Own Love Again is in many ways a new beginning for the folk singer/songwriter, which is great for anyone who digs hard on her sparse, delicate and very pretty debut. That album was good – this album is great.

Comparing the two is a little unfair – comparison typically calls on one to talk cons on one over the other’s pros. I don’t have an unkind words to say about Jessica Pratt, but I can say that I have many more kind words to say about On Your Own Love Again. Sounding like an unearthed early ‘70s gem, this record is sparse but deeply affecting with haunting vocals, woody acoustic plucking and occasional bits of soft keyboard and electric guitar. Pratt’s voice is incomparable to any other singer, a pinched nasal that would be difficult to imagine coming from a person if you hadn’t seen her sing it herself. It’s not so much that this music sounds as if made in the 1970s – it scarcely recalls an specific performer from that time. It’s a sound though that is hard to imagine anyone making now; the kind that emits from a record as if forged in the wax.

A recent Vogue feature on Pratt, (one that she has remarked about the liberalness of the quotation tweaking) refers to On Your Love Again as the “perfect winter album.” I’m inclined to disagree, but then again, Pratt is from California and she and I might define the season a little differently. Pratt’s words often speak of loneliness and a feeling of wanting love from a possibly uninterested partner, but they’re performed with an awakened beauty that is way more open that winter’s claustrophobia. You can hear a pindrop on this record (and there is an occasional unwanted interference), but it’s an almost surreal sound that evokes butterflies, flowers budding, birds chirping, but most importantly, no other people. This is clearly a singular work and its inwardness is its biggest charm. On “I’ve Got a Feeling,” Pratt backs her lead vocal with a wordless coo the flickers underneath like a candle. That fact that this mixture of voices is all her makes it all the warmer and intimate. “Moon Dude” has a shimmering quality to it, and perfectly reflects the desolateness of the titular satellite.

On Your Own Love Again has a meek and quiet beauty to it that is pre-occupied with faded memories, and no song on it sums up the power of that combination more than “Back, Baby.” Pratt’s voice quivers when she sings, “Things like that, you can never take back again,” under fluttering nylon strings. Pratt is firm in her resolve but still shaken by the harsh impossibility of moving time backward. In many ways, the delicateness of the song further illustrates how easy it seems, the prettiness of the music floating about like a fond memory. “Game That I Play” likewise has a wandering, daydreaming longing, with Pratt trying to recall people’s faces “that blend together like a watercolor, you can’t remember in time.” “Jacquelyn In the Background” finds Pratt lamenting over never meeting the title character, a woman she might have read about, or perhaps is in an old photograph, but it’s an oddly relatable sensation. So much of the record is rooted in the concept of trying to grasp onto to things that are long gone, that the recording style has everything to do with the songwriting. It’s a record that sounds like it was always there, but you can’t quite grasp as to where it came from, from that unfathomable voice, to the evaporating embers of the instrumentation on the hissing 4-track. 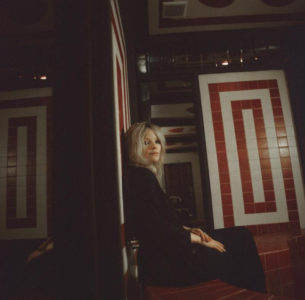 “This Time Around” Jessica Pratt