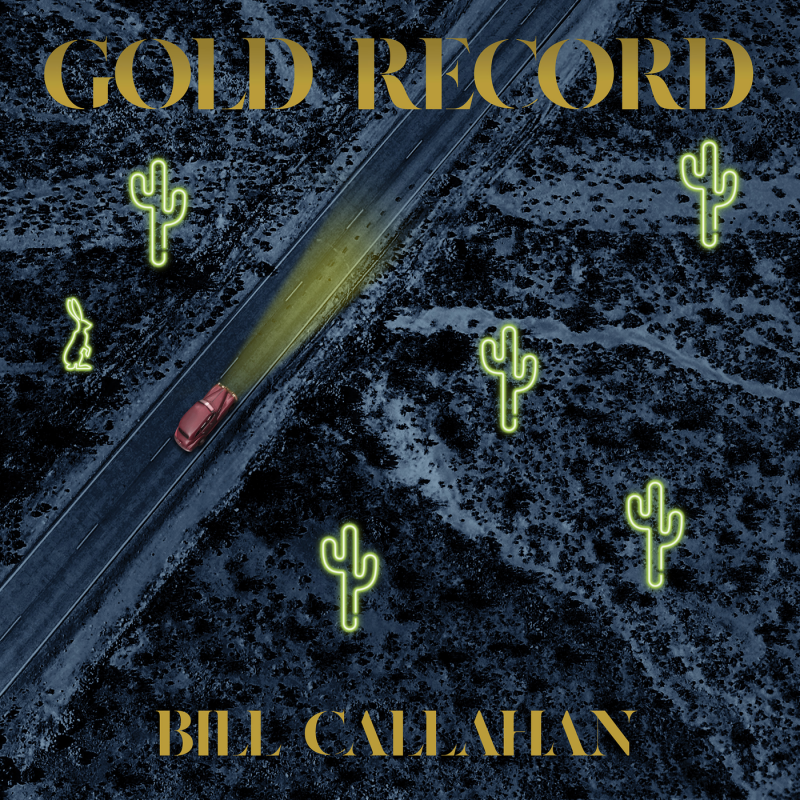 “The Great American Songwriting Tradition” is an idea, a place where many musicians, as they hit the later stage of their career, tend to wade into to find a new place for their songs to exist and hopefully to breathe new life in this material. The longstanding tradition of usually roots based music and stream of consciousness lyrics that are mixed with wry and observational moments that could only come from one who is choosing to spend a copious amount of time on their porch armed only with a keen eye and a trusted six string. After a few years away Bill Callahan, the artist formerly known as Smog, rocketed back last year with his celebrated album Shepard In A Sheepskin Vest, and is now back with a new collection of songs that are steeped in this tradition. The album entitled Gold Record is made up of what Callahan has referred to as mostly stand alone singles that were being released one a week since the album was announced in June. It is a beautifully produced record that mostly consists of Callahan’s voice and guitar playing with just the right amount of accoutrement thrown in every once in a while to add just the proper bit of flavouring to the proceedings.

This “American Songwriting Tradition” is referenced right off the top of the album with the first song “Pigeons”. Over a lightly arpeggiated guitar, Callahan says “Hello, I’m Johnny Cash” before launching into a tale of a wedding limo chauffeur. Using this story as a point of reference to muse about marriage and what that construct means in the grander scheme of the world and all of its relationships, Callahan sets the tone right away by taking his time and placing his words and notes in just the right space to make the most impact. Right off the bat, the listener will know what they are getting into and while it may not be for everyone, there is a lot to enjoy in Callahan’s deliberate pacing. On “Another Song” he tackles the intricacies of being a working songwriter and what that is like when your work day just doesn’t go as planned. “When work ain’t been working all day/Why don’t you come on home to lunch and stay?/We’ll start working for love, not pay/When work ain’t been working all day”, he sings in the verse allowing a peek behind the curtain into his working process. Elsewhere on the album, Callahan inhabits characters, mostly of an older male variety, to paint vignettes of different experiences. “Protest Song” shows the reaction to someone wanting to tune out of their day and into a late night talk show only to discover an artist singing the titular lament and how it offends them. “Let’s Move To The Country” is just about that. A romantic reprieve after a life of hard work. “Cowboy” is about living vicariously through late night movies to avoid the mundanity of everyday work life.

There are a lot of characters and moments throughout the running time of Gold Record for you to slip into. A collection of lived moments that Callahan is able to easily inhabit and it’s a testament to his songwriting how easily he seems to be able to show us these people’s inner monologues in such a clear and concise way. The album does have a lackadaisical approach which will definitely not be for everyone but it does contain a multitude of moments that, if you exercise the same amount of patience Callahan does here, you will find much to enjoy.